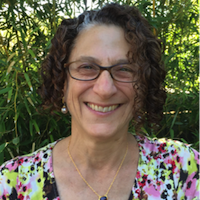 Cynthia Dwork, Gordon McKay Professor of Computer Science at the Harvard Paulson School of Engineering, Radcliffe Alumnae Professor at the Radcliffe Institute for Advanced Study, and Affiliated Faculty at Harvard Law School, is known for her research placing privacy-preserving data analysis on a mathematically rigorous foundation, including the co-invention of differential privacy, a strong privacy guarantee frequently permitting highly accurate data analysis. She was elected as a Fellow of the American Academy of Arts and Sciences (AAAS) in 2008, as a member of the National Academy of Engineering in 2008, and as a member of the National Academy of Sciences in 2014. She received the Dijkstra Prize in 2007 for her work on consensus problems together with Nancy Lynch and Larry Stockmeyer. Dwork received her B.S.E. from Princeton University in 1979, graduating Cum Laude, and receiving the Charles Ira Young Award for Excellence in Independent Research. Dwork received her Ph.D. from Cornell University in 1983.