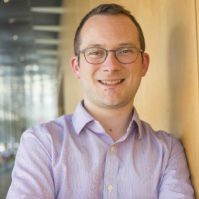 David C. Parkes is the George F. Colony Professor of Computer Science in the Paulson School of Engineering and Applied Sciences at Harvard University, where he founded the EconCS research group and leads research with a focus on artificial intelligence, machine learning, and economics. He is co-director of the Harvard University Data Science Initiative, a faculty co-lead for planning the expansion of the Paulson school into the Allston campus, and was Area Dean for Computer Science, 2013-2017. Parkes served on the inaugural panel of the “Stanford 100 Year Study on Artificial Intelligence,” co-organized the 2016 OSTP Workshop on “AI for Social Good,” and served as chair of the ACM Special Interest Group on Electronic Commerce (2011-16). Parkes is Fellow of the Association for the Advancement of Artificial Intelligence (AAAI), and recipient of the 2017 ACM/SIGAI Autonomous Agents Research Award, the NSF Career Award, the Alfred P. Sloan Fellowship, the Thouron Scholarship, and the Roslyn Abramson Award for Teaching. Parkes has degrees from the University of Oxford and the University of Pennsylvania, serves on several international scientific advisory boards, and is a technical advisor to a number of start-ups.