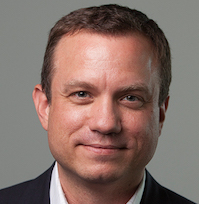 Greg Morrisett is the Dean of Computing and Information Sciences (CIS) at Cornell University, which houses the departments of Computer Science, Information Science, and Statistical Sciences. He received his bachelor’s degree from the University of Richmond and both his Master’s and Doctorate degrees from Carnegie Mellon University.

Professor Morrisett’s research focuses on the application of programming language technology for building secure, reliable, and high-performance software systems. A common theme is the focus on systems-level languages and tools that can help detect or prevent common vulnerabilities in software. Past examples include typed assembly language, proof-carrying code, software fault isolation, and control-flow isolation. Recently, his research focuses on building provably correct and secure software, including a focus on cryptographic schemes, machine learning, and compilers.

Morrisett is a Fellow of the ACM and has received a number of awards for his research on programming languages, type systems, and software security, including a Presidential Early Career Award for Scientists and Engineers, an IBM Faculty Fellowship, an NSF Career Award, and an Alfred P. Sloan Fellowship.