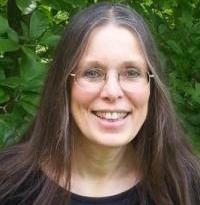 Holly Rushmeier is a professor in the Yale Department of Computer Science. Her research interests include shape and appearance capture, applications of perception in computer graphics, modeling material appearance and developing computational tools for cultural heritage. From 1996 to early 2004 Rushmeier was a research staff member at the IBM T.J. Watson Research Center. At IBM she worked on a variety of data visualization problems in applications ranging from engineering to finance. She also worked in the area of acquisition of data required for generating realistic computer graphics models, including a project to create a digital model of Michelangelo’s Florence Pieta, and the development of a scanning system to capture shape and appearance data for presenting Egyptian cultural artifacts on the World Wide Web. Rushmeier was Editor-in-Chief of ACM Transactions on Graphics from 1996-99 and co-EiC of Computer Graphics Forum (2010-2014). She has also served on the editorial boards of IEEE Transactions on Visualization and Computer Graphics, ACM Journal of Computing and Cultural Heritage and IEEE Computer Graphics and Applications. She currently serves the editorial boards of ACM Transactions on Applied Perception, ACM Transactions on Graphics, the Visual Computer and Computers and Graphics.