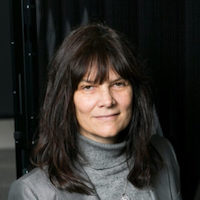 Kathleen Fisher is Chair of the Computer Science Department at Tufts University. Previously, she was a program manager at DARPA where she started and managed the HACMS and PPAML programs, a Consulting Faculty Member in the Computer Science Department at Stanford University, and a Principal Member of the Technical Staff at AT&T Labs Research. She received her PhD in Computer Science from Stanford University. Kathleen is an ACM Fellow and a Hertz Foundation Fellow. Service to the community has been a hallmark of Kathleen’s career. She has served as Chair of the ACM Special Interest Group in Programming Languages (SIGPLAN) and as Program Chair for three of SIGPLAN’s marquee conferences: PLDI, OOPSLA, ICFP. She has also served as an Associate Editor for TOPLAS and as an Editor of the Journal of Functional Programming. Kathleen has long been a leader in the effort to increase diversity and inclusion in Computer Science: she was Co-Chair of the Computing Research Association’s Committee on the Status of Women (CRA-W) for three years, and she co-founded SIGPLAN’s Programming Language Mentoring Workshop (PLMW) Series. Kathleen is a recipient of the SIGPLAN Distinguished Service Award. She is Chair of DARPA’s ISAT Study Group and a member of the Board of Trustees of Harvey Mudd College.