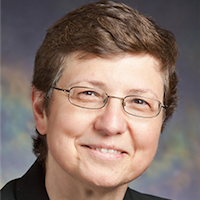 Klara Nahrstedt is the Ralph and Catherine Fisher Professor in the Computer Science Department, and Acting Director of Coordinated Science Laboratory in the College of Engineering at the University of Illinois at Urbana-Champaign. Her research interests are directed towards 3D teleimmersive systems, mobile systems, Quality of Service (QoS) and resource management, Quality of Experience in multimedia systems, and real-time security in mission-critical systems. She is the co-author of widely used multimedia books `Multimedia: Computing, Communications and Applications’ published by Prentice Hall, and ‘Multimedia Systems’ published by Springer Verlag. She is the recipient of the IEEE Communication Society Leonard Abraham Award for Research Achievements, University Scholar, Humboldt Award, IEEE Computer Society Technical Achievement Award, and the former chair of the ACM Special Interest Group in Multimedia. She was the general chair of ACM Multimedia 2006, general chair of ACM NOSSDAV 2007 and the general chair of IEEE Percom 2009.

Klara Nahrstedt received her Diploma in Mathematics from Humboldt University, Berlin, Germany in numerical analysis in 1985. In 1995 she received her PhD from the University of Pennsylvania in the Department of Computer and Information Science. She is an ACM Fellow, IEEE Fellow, and Member of the Leopoldina German National Academy of Sciences.