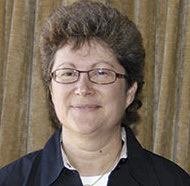 Limor Fix was the director of University Collaborative Research (UnCoR) at Intel. UnCoR is the primary university-facing division of Intel Labs. UnCoR funds a wide variety of research grants at universities around the world. These grants range from small seed funds to large academic Intel Science and Technology centers. Limor has a PhD in computer science from the Technion, Israel. After graduation, she conducted post-doc research at Cornell University and in 1994 joined Intel. Limor led a major change in Intel’s validation technology and methodology. She developed innovative formal verification system that has been widely adopted by Intel’s design teams. In this role, Limor led the development of a new formal specification language, ForSpec, that was donated by Intel to Accellera/IEEE and had a major impact in the IEEE-1850 standard. Limor also co-led the Intel’s research lab that was located at Carnegie Mellon University and had developed leading technologies in machine learning, vision, micro-architecture and other disciplines. Limor has published more than 30 papers; she is the co-author of the book “Electronic Design Automation for Integrated Circuits handbook”; she served as the general chair for the Design Automation Conference, the premier conference for VLSI design tools and methodologies.