The following great innovative idea is from Yiqun Xie, who is a Ph.D. candidate at the University of Minnesota.  Xie along with his advisor and former Computing Community Consortium (CCC) Council member McKnight Distinguished Professor Shashi Shekhar, Professor Richard Feiock of Florida State University and Professor Joseph Knight from the Department of Forestry Resources at the University of Minnesota, received a Blue Sky Idea Award at the 27th ACM SIGSPATIAL International Conference on Advances in Geographic Information Systems. They were honored for their paper, “Revolutionizing Tree Management via Innovative Spatial Techniques.”

Unawareness of tree locations and their spatial relationships with urban infrastructures have disturbed our communities with increasing frequency, scale and severity. For example, Emerald Ash Borer has spread to over 30 states in the US killing millions of ash trees, and many cities have been struggling to identify their locations and take timely actions (e.g., removal). In addition, untrimmed trees near electricity powerlines have caused many historic fires (e.g., 2018 Camp Fire in California) and power blackouts. The idea is to revolutionize tree management by automatically mapping individual trees and their properties using intelligent spatial techniques. The big challenge is that little is known about the signatures (or whether they exist) of tree species in common types of remote sensing datasets (e.g., satellite or aerial imagery) that are available at large scales. For example, different types of trees mostly appear as very similar green blobs in satellite imagery, and even highly experienced tree experts can hardly tell what the species might be. Even harder, certain remote sensing data such as aerial imagery is often collected during lead-off seasons, where we cannot even see the leaves of trees! One of the ideas in this paper is to shift the attention from the trees “themselves”, and instead, jump to side-features such as tree shadows projected by the sunlight. In aerial imagery (i.e., inch level spatial resolution), shadows clearly show the profile geometry of trees (e.g., branching characteristics), which are even better without the leaves. For example, symmetric branching is exhibited by very few tree genera including ash trees. Preliminary experiments with deep learning demonstrated feasibility and showed encouraging results. This is just an example, and other ideas include time-series features of trees, domain-theory guided learning for training data reduction, etc.

The ability to map individual trees as well as their properties (e.g., wind-resistance of a species) will likely bring a significant reduction of tree-related disturbances to our communities. First, trees are necessary components of our lives and provide numerous benefits. They purify air, mitigate urban heat island effects and reduce mental pressure. However, trees are facing major threats in recent years. Emerald Ash Borer, for example, has spread to over 30 states and killed ash trees in millions. The cost of finding, curing or removing these trees has been estimated to be over $10 billion in the US alone. In addition, these dying trees are no longer robust and more likely to fall onto properties (e.g., houses and vehicles) during storms, posing threats to our communities. Second, trees near electricity powerlines caused a series of deadly fires in California in 2018, including the Camp Fire, the largest wildfire in California history. These fires killed many people, destroyed thousands of homes and cost billions of dollars. Smoke and unhealthy air that spread to cover over 20 cities caused schools to close for a week and severely hampered people’s daily activities. Third, trees falling onto powerlines is a major cause of power blackouts (70% according to DTE Energy). In 2018, the power outage in Tallahassee (FL, USA) caused by broken power lines during Hurricane Michael affected 97% of the city’s electric utility customers. In Puerto Rico, a “single” fallen tree cut the main power-line and led to a power blackout for 900,000 customers as well as social outrage. Earlier in 2003, the Northeast Blackout caused by fallen trees and its cascading effects left over 50 million people without power for extended period. Detailed maps of trees can greatly help decision-makers to identify high-risk regions and make proactive actions to avoid them or reduce their effects.

Our research broadly focuses on spatial data science. Spatial computing and spatial data science have already enriched billions of lives via pervasive services (e.g., navigation and ride-sharing apps), ubiquitous systems (e.g., geographical information system, spatial database management system), and pioneering scientific methods (e.g., spatial statistics). With 2 billion receivers in use for location and time services, the GPS has become a critical infrastructure for the world economy for use cases ranging from precision agriculture to navigation to ride sharing to smart cities. Moreover, billions of weather forecasts are used every day around the world and global agriculture is monitored to anticipate and prevent food shortage leveraging spatial big data from Earth Observation satellites. These success stories are only a beginning and many transformative opportunities lie ahead. For example, a 2019 U.S. national academy report projects $1.6 trillion in savings for energy generation and use from earth observation data by 2035. Earlier, the 2011 Mckinsey Big Data report estimated that location trace data will generate about $600 billion annually by 2020. Furthermore, government and industry have recently started major initiatives such as NASA Earth Exchange, Amazon Earth on AWS, Google Earth Engine, Microsoft AI for Earth, and NSF Navigating the New Arctic for meeting grand challenges facing our changing planet such as climate change and environmental sustainability.

Xie and Shekhar have a background in computer science, with a focus on novel data science techniques for spatial data. Feiock has a background in public policy, local government and sustainability. Knight has a background in remote sensing, forestry and natural resource management. This interdisciplinary team also works closely with community partners (e.g., Hennepin County in Minnesota, City of Tallahassee in Florida) through an NSF grant on smart and connected communities, which aims to solve important real-world problems with novel research. 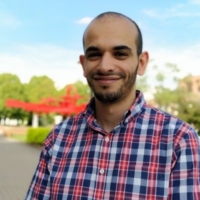