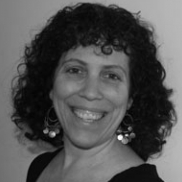 Manager and research staff member of the Cryptography Research Group at IBM’s T.J. Watson Research Center, Tal Rabin’s research focuses on the general area of cryptography and, more specifically, on multiparty computations, threshold and proactive security, which the National Research Council Cybersecurity Report to Congress said “…are now being seen as exactly the right primitives for building distributed systems that are more secure””. Rabin regularly publishes in leading cryptography and security conferences and journals and has written several book chapters. She has also served as the Program Chair in leading cryptography conferences, is on the SIGACT Executive Board, has initiated and organizes the Women in Theory Workshop and is an editor of the Journal of Cryptology. Rabin obtained her Ph.D. in Computer Science from the Hebrew University, Israel in 1994, and was an NSF Postdoc Fellow at MIT between 1994-1996. Following her postdoc, she joined IBM in 1996 and started managing the group in 1997.