Similar to how we are currently facing a boom in undergraduate computer science enrollments, several years ago, the field encountered an exponential increase in postdoctoral appointments. In a Communications of the ACM Viewpoint article from February 2013, The Explosive Growth of Postdocs in Computer Science, Anita Jones wrote, “The number of postdoctoral researchers in computer science slightly more than doubled in the decade ending in 2008. It is troubling that the number has doubled again in the subsequent three years.”

The sharp increase in the number of postdocs began to affect the makeup of the academic computing research enterprise, and participating in a postdoc has a major influence on career paths. Consequently, CRA took action to ensure that the growth was healthy and productive for the entire community. In fall 2010, CRA formed a committee comprised of CCC Council members and CRA board members. The committee fostered a conversation about the postdoc surge to build community consensus on the issue and in January 2011, produced a white paper which presented statistics about academic and industry hiring and articulated relevant issues about postdocs in computing.

Anita Jones, former CCC Council member and Erwin Gianchandani, former CCC director, used the information to co-author the resulting CRA Best Practices Memo, adopted by the CRA Board of Directors in December 2012, which articulates best practices associated with pursuing, hosting, and nurturing postdocs. The memo provides useful information for graduating doctoral students, mentors, hiring departments, and funding agencies. By sharing guidelines on how to better manage the postdoc experience, high value experiences for the individual and for the field can be fostered.

The CCC began its active involvement with postdocs with the Computing Innovation Fellows (CI Fellows) program, which was funded by the NSF, to help retain recent Ph.D. graduates in the computing research field during the financial crisis that began in 2008. The goal of the program was to help recent Ph.D.s develop valuable experience and skills to become effective researchers and achieve long-term success. From 2009 to 2011, 127 CI Fellows were awarded up to two years of financial support and encouraged to pursue career opportunities that might arise during their fellowship The short-term CI Fellows program temporarily increased the number of postdocs in computing. Data from CRA’s annual Taulbee Survey indicated that the numbers of recent computing Ph.D.s in postdocs following graduate school declined 13 percent from 276 in 2011 to 238 in 2014 (includes those in positions outside of North America as well as those in industry). The slight decline may reflect the absence of most of the CI Fellows.

In 2014, near the conclusion of the program, the CCC organized a workshop for all the CIFellows to gather and learn from each other and dignitaries in the field. This was the only gathering of all three cohorts, and the theme was “Research, Innovation, Impact.” Throughout the workshop, participants gained insights from senior computing researchers in sessions that covered topics such as strategies for writing a successful research proposal, communicating research with a broader audience, developing mentoring relationships, how to handle difficult situations and making time for important things. These topics are valuable for those beginning their careers, and videos from the workshops sessions are available here.

CRA’s Center for Evaluating the Research Pipeline (CERP) conducted an evaluation of the CI Fellows program and found that postdoc experiences were more positive for CI Fellows than their peers who took other postdoc positions.

“In particular, CI Fellows experienced greater independence, were more satisfied with how their postdoc prepared them for balancing work-life responsibilities, and received higher salaries that made it easier to live and relocate, compared to Non-fellow Postdocs. CI Fellows also fared better in terms of professional outcomes: CI Fellows currently earn higher salaries in the workforce compared to Non- fellow Postdocs. Notably, these differences emerged even after matching CI Fellows and Non-fellow Postdocs on application scores, reducing the likelihood that results are due to group differences in merit. In sum, results suggest that the CI Fellows program fares just as well, if not better, than other computing postdoc programs in preparing individuals for successful computing research careers.”

The Postdoc BP programs have a major focus on career counseling and professional skills development — more than traditional postdoc programs. Both the NYC ASCENT and UW programs emphasize the creation of an Individual Development Plan, and Arizona is considering adding a similar component to its program.

In addition to this area, CRA produces resources that standardize and establish best practices in the field in several other topics important to the computing community. CRA has recently concluded a survey about the significant increases many institutions are seeing in undergraduate computer science course enrollments to better understand enrollment trends and their impact on our field. CERP has already released some data and more complete results will be shared at the 2016 CRA Conference at Snowbird. Take a minute to check out our best practice memos found here: https://cra.org/resources/best-practice-memos/ and additional reports at https://cra.org/data/additional-reports/. 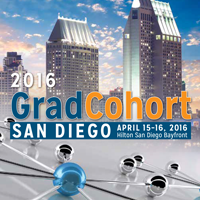