CRA-W recently announced two recipients of the 2018 Borg Early Career Award (BECA) – Reetuparna Das and Yejin Choi. The award honors the late Anita Borg, who was an early member of CRA-W, and is inspired by her commitment to increasing the participation of women in computing research. The annual award is given to women in computer science and/or engineering who have made significant research contributions and contributed to the profession, especially in the outreach to women. Learn more about the 2018 recipients below.

Yejin Choi is an associate professor at the Paul G. Allen School of Computer Science & Engineering at the University of Washington and also a senior research manager at AI2, leading the project Alexandria that aims to build commonsense in AI. Her research interests include language grounding with vision, physical and social commonsense knowledge, language generation with long-term coherence, conversational AI, and AI for social good. She was among the IEEE’s AI Top 10 to Watch in 2015, a co-recipient of the Marr Prize at ICCV 2013, and a faculty advisor for the Sounding Board team that won the inaugural Alexa Prize Challenge in 2017. Her work on detecting deceptive reviews, predicting literary success, and interpreting bias and connotation has been featured by numerous media outlets including NBC News for New York, NPR Radio, the New York Times, and Bloomberg Business Week. Yejin is committed to promoting diversity in computer science. Her research group represents, attracts and supports diverse members of the community. Yejin has served on the ACL executive board as a conference officer during 2015 – 2017, and worked with a special committee whose mission was to investigate the procedures and policies of the Association of Computational Linguistics (ACL) to better support equity and diversity in the ACL community.

Yejin has also served as a faculty advisor for the STARS program at the university of Washington that supports and promotes students of diverse social and economic background. In addition, Yejin has been researching computational models that can better detect the subtle but pervasive biases in language that can work against underrepresented groups. In the work presented at the Conference on Empirical Methods in Natural Language Processing (EMNLP) in 2017, her research group presented a new conceptual framework to detect connotative meanings in language with respect to agency and power and analyzed unwanted biases against women in the modern movie scripts. Among the key research directions her group continues to pursue is to build computational models and datasets that can detect and correct unwanted biases in language. Before joining the Paul G. Allen School of Computer Science & Engineering at the University of Washington in 2014, Yejin was an assistant professor at the Computer Science and Engineering Department of Stony Brook University. She received her Ph.D. in Computer Science from Cornell University.

Reetu Das is an Assistant Professor at University of Michigan. Prior to this, she was a research scientist at Intel Labs, and the researcher-in-residence for the Center for Future Architectures Research. She received her PhD in Computer Science and Engineering from Pennsylvania State University, University Park.  Some of her recent projects include in-memory architectures, fine-grain heterogeneous core architectures for mobile systems, and low-power scalable interconnects for kilo-core processors. Her research program has been funded by National Science Foundation, the Center for Future Architectures Research (C-FAR), Semiconductor Research Corporation and Intel Corporation. Reetu is an expert in computer architecture. She has authored over 45 papers, filed 7 patents and served on over 20 technical program committees.  She has served as a track chair for Design Automation Conference for two consecutive years. Her research has been recognized by several awards. She has received outstanding research and teaching assistantship awards at  Pennsylvania State University, an IEEE Top Picks award, an NSF CAREER award, and IEEE/ACM MICRO Hall of Fame award. Her recent work on in-memory design named Compute Caches received the best Demo award in C-FAR and was selected from 50 projects from leading University research groups. She also serves as the CEO of a precision medicine start-up, Sequal Inc.

Reetu is passionate about promoting diversity and mentoring women in computer science. She has participated in several outreach activities targeted towards encouraging high-school girls and freshmen women towards computing, including Girls Encoded, CS Kickstart, and Ada Lovelace opera event. She serves on the organizing committee of Women In Computer Architecture (WiCArch), an organization which brings together women researchers in computer architecture.  WiCArch’s goal is to create a nurturing environment for women researchers, improve their visibility and build a strong support system. 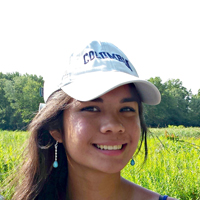