The following Great Innovative Idea is from Tamraparni Dasu, Yaron Kanza, and Divesh Srivastava of AT&T Labs-Research. They were one of the Blue Sky Award winners at ACM SIGSPATIAL ’18 for their paper Geofences in the Sky: Herding Drones with Blockchains and 5G.

Unmanned aerial vehicles (UAVs), typically also referred to as drones, are gaining popularity and becoming ubiquitous. As the number of drones in the sky rapidly grows, managing the expected high-volume air traffic is becoming a critical challenge. It is essential to prevent collisions, and to protect the public from nuisances like noise or invasion of privacy, and shield from hazards like falling debris. Currently, in many countries drones are required to be within line of sight from the operator at all times. However, this limits the ability to use drones in tasks like delivery, surveillance, and inspection. We suggest an alternative approach where flight-space allocation and no-flight zones would be defined using geofencing, that is, by virtual borders that partition the airspace into subspaces. The subspaces would be allocated and assigned to drones for the duration of their flight. However, there are two difficulties that should be addressed. First, how to guarantee that space allocation scales and is not controlled by a single organization. Second, how to implement reliable geofences, in particular in dense urban areas, where GPS reception could be blocked by buildings and other obstructions.

In this paper, we present a vision of air-traffic control based on geofencing, blockchains, and 5G networks. We introduce a novel approach of using blockchains to support decentralized flight-space allocation and discuss three operation modes: centralized, decentralized and a hybrid of the two other modes. By using blockchains, it is possible to synchronize flights of drones (e.g., preventing allocation of the same airspace to different drones for the same time, similar to the prevention of double spending in cryptocurrencies) in a way that is not controlled by a single organization. Blockchains can also support adding economic incentives to airspace allocation, such as using a cryptocurrency for payment per space allocation according to the demand. The use of 5G networks would support localization of drones and transfer of information reliably and with low latency.

Allowing drones to autonomously fly beyond the line of sight of the operator could influence many areas. It could affect commerce by allowing item delivery to be done in a fast and economical way. Surveillance for ensuring public safety could be facilitated. Delivery of aid during the aftermath of a natural disaster could be more effective. At a large scale, these tasks require air traffic control. The proposed air traffic management would coordinate drone flights by preventing cases where too many drones try to fly in the same space at the same time, and it would do that without relying on a single centralized entity. This would allow keeping part of the airspace regulated and yet being a public space for drone flights.

The suggested use of geofences could be adapted to other moving IoT devices and could facilitate space allocation for devices of different types. The use of blockchains for decentralized space allocation could be adopted in a variety of applications where public space is limited and should be managed while keeping control in the hands of the public. Also, the use of 5G for accurate geopositioning could be employed in a variety of applications, to increase the reliability and the accuracy of navigation apps and location-based services.

Tamraparni Dasu is a member of the Database Research Department at AT&T Labs-Research. She received her Ph.D. from the University of Rochester, with a Masters in Mathematics from Indian Institute of Technology, New Delhi. She has co-authored the first technical book on data quality, “Exploratory Data Mining and Data Cleaning, John Wiley & Sons, 2003.” She is an associate editor of the ACM Journal of Data and Information Quality. Her research interests include nonparametric statistics, data mining and statistical approaches to data streams and data quality. She is also interested in literary translation and writing fiction.

Yaron Kanza is a member of the Database Research Department at AT&T Labs-Research. He received his Ph.D. from the Hebrew University of Jerusalem. After completing his Ph.D. he was a postdoctoral fellow at the University of Toronto. Before joining AT&T he was a faculty member at the Technion – Israel Institute of Technology, and for two years he was a visiting assistant professor at Cornell Tech. He is an associate editor of the ACM Transactions on Spatial Applications and Systems.

Divesh Srivastava is the head of the Database Research Department at AT&T Labs-Research. He received his Ph.D. from the University of Wisconsin, Madison, and his B.Tech from the Indian Institute of Technology, Bombay. He is a Fellow of the ACM, the Vice President of the VLDB Endowment, and the managing editor of the Proceedings of the VLDB Endowment. He has presented keynote talks at several conferences. His research interests and publications span a variety of topics in data management.

Building up Speaking Skills in an online learning community: a network-analytics... 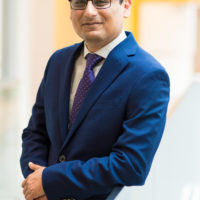 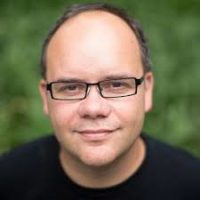 Capturing Meaning: Toward an Abstract Wikipedia
Scroll to top