The Computing Community Consortium (CCC) held a virtual workshop the week of Oct. 5-9 (with a virtual reception on Friday, Oct. 2) to address the physics & engineering challenges in adiabatic/ reversible classical computing. This workshop gathered the research community in this field to lay a common foundation of existing state-of-the-art knowledge and work together to prepare a comprehensive workshop report that can make the case for a major new initiative effectively to federal-level decision-makers.

Learn more about the motivation for the workshop below and watch recorded plenary talks from the workshop here.

It has become widely recognized that today’s approach to general digital computation, which is based on standard combinational and sequential digital architectures constructed out of standard (irreversible) Boolean logic elements implemented using CMOS (complementary metal/oxide/semiconductor) transistor technology, is approaching fundamental physical limits to further improvements on its energy efficiency and power-limited performance. The final (2015) edition of the International Technology Roadmap for Semiconductors (ITRS), as well as recent editions of its successor roadmap, the International Roadmap for Devices and Systems (IRDS), suggest that a practical limit will be reached by around the year 2030. By the end of the CMOS roadmap, logic signal energies at the gate of a minimum-sized transistor simply cannot decrease much further without running afoul of fundamental limits on efficiency and stability arising from thermal fluctuations. Even moving to “Beyond CMOS” switching devices cannot improve this situation very much, since the same fundamental thermodynamic limits still apply.

Thus, there is an increasing need to explore new fundamental paradigms for the engineering implementation of general computing systems (at all scales from tiny embedded devices to large-scale supercomputers and data centers) in search of novel concepts for computation that can transcend the above limits that are inherent to the traditional irreversible digital paradigm. The space of ideas that have been considered include a variety of concepts for “physical” computing (computing that leverages fundamental physics to do computing in a more direct way than in the traditional digital paradigm), including various analog and stochastic computing concepts, as well as quantum computing (for problems amenable to quantum speedups).

In January 2019, a CCC workshop on “Thermodynamic Computing” (TDC) was held specifically to explore the space of new computing paradigms inspired by the application of the principles of thermodynamics (and in particular, the modern non-equilibrium/stochastic approaches to thermodynamics). During the breakout sessions of the TDC workshop, Michael Frank (one of the organizers of this Reversible Computing workshop) proposed a related new “priority research direction” on “Physics and Engineering of Reversible Computing Hardware”[1]. As discussed in the resulting TDC workshop report, reversible computing can be considered to be the historically first conceptualization of thermodynamic computing, having first been considered in as early as 1961 by Rolf Landauer [2].

However, despite the broad applicability of reversible computing, and its rather conservative nature relative to the wider playing field of alternative computing schemes, the mainstream computing industry still views reversible computing as constituting an extremely radical departure from the way things are done today. There are a substantial number of important questions about basic physical science issues pertaining to reversible computing that still need to be explored. These are in the nature of quite fundamental research problems that, if they were investigated in more depth and solved effectively, could result in revolutionary improvements in the basic practical characteristics (speed, power, size, cost) of the primitive functional elements of a reversible machine, as well as the higher-level circuits and systems built out of these.

Thus, we view the basic science and engineering of reversible computers as being currently an extremely ripe area of focus for future large-scale federal research initiatives, for the following reasons:

This workshop gathered the research community in this field to lay a common foundation of existing state-of-the-art knowledge, and work together to prepare a comprehensive workshop report that can make the case for a major new initiative effectively to federal level decision-makers. Workshop attendance was by invitation only.

With Support From CCC System and Architecture Task Force Members:

Due to the COVID-19 pandemic this workshop will take place virtually. Workshop participants will be invited to join the workshop based on their submission of relevant position paper (see more in the Application tab). While virtual, we expect participants to fully participate in all days of the workshop.

For this workshop we request position papers of no more than two pages in length. Please consider addressing questions like:

Topics of interest include, but are not limited to:

Topics out of scope include:

If you are interested in participating in the workshop, please submit your position paper here no later than 11:59 PM PT on August 21st. We will notify selected participants by August 31st.

Authors of position papers may be asked to record video presentations about their paper to be made available during/after the workshop. While virtual, we expect participants to fully participate in all days of the workshop. A specific agenda with times is forthcoming.

CCC / Code 8.7 Workshop on Applying AI in the Fight Against Modern Slavery 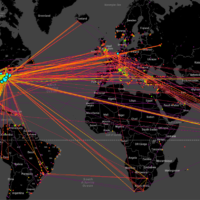