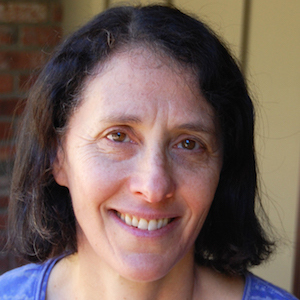 Melanie Mitchell, Computing Community Consortium (CCC) Council member and Professor at the Santa Fe Institute, was recently featured in a Scientific American article, ‘The Computer Scientist Training AI to Think with Analogies’. The article focused on explaining the importance of getting Artificial Intelligence (AI) to recognize and use analogies and included an interview on the topic from Quanta.

If and how AI can reach the same level of intelligence and independence as humans is an interdisciplinary problem that has plagued the field for many decades. Mitchell believes the key to success is getting these machines to think with analogies. The greatest advances in AI have focused on training to succeed in specific tasks. In order to achieve general intelligence, AI needs to be able to take what it has learned from a specific task and apply it to another situation with a different goal. Mitchell suggests this is where thinking in terms of analogies becomes vital.

Mitchell began pursuing this idea in graduate school where she worked with Douglas Hofstadter on Copycat, a computer program designed to “discover insightful analogies, and to do so in a psychologically realistic way.” Hofstadter and Mitchell believed understanding the cognitive processes that allow humans to think abstractly and make connections between similar ideas and experiences would unlock the ability for AI to apply what it has learned to other scenarios and tasks. The Quanta interview with Mitchell dives deeper into this idea, analyzing why this concept has been left largely unexplored, what work was done in this area, and roadblocks preventing the application of analogies to AI from becoming a reality.

A key step to moving forward in this area of research is emphasizing the importance of analogies to cognitive learning. Many scientists in this area have been and still are focused on deep learning techniques and the idea of training through tons of examples. The notion of training AI has to move away from thinking in specific examples and instead think generally and abstractly.

Mitchell has continued to explore major questions leading to human-thinking AI in her work at the Santa Fe Institute where she leads SFI’s Foundations of Intelligence in Natural and Artificial Systems project. They will be holding a series of workshops this year exploring how biological evolution, collective behavior and the physical body all contribute to intelligence.

You can read the full Quanta interview here and the Scientific American feature here. 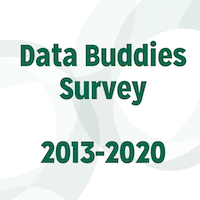 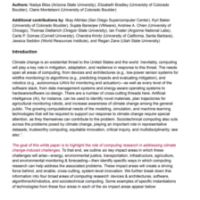 Computing Research for the Climate Crisis
Scroll to top
We use cookies to understand how you use our site and to improve your experience. By continuing to use our site, you accept our use of cookies.Accept Read More
Disclaimer
Privacy Overview