This article is published in the November 2010 issue.

On behalf of the CRA Board

In the May 2010 issue of Computing Research News, we provided a perspective on our interactions with the National Research Council group tasked with evaluating and ranking doctoral programs. We outlined concerns with the pending ranking system, especially with regard to its plans to evaluate faculty publications and citations using a method we believe to be flawed. As reported in the CRN article, the NRC’s compromise was to remove the citation analysis and to augment the data used in the report with a list of conferences provided by the CRA, together with CVs submitted by faculty to the NRC.

On September 28, the NRC finally released its report, and the resulting debate in the academic community has been remarkable. Already a number of articles and blogs have raised questions about the study’s validity. Some cite concerns from highly respected statisticians about the overall methodology (see http://www.chroniclecareers.com/article/A-Critic-Sees-Deep-Problems-in/124725/). In particular, Stephen Stigler of the University of Chicago raises major concerns about the methodology and the associated ability of the ranking system to distinguish between programs, concluding that: “Little credence should be given” to NRC’s ranges of rankings (http://news.uchicago.edu/btn/nrc.summary.php). Others have raised concerns about the relevance of stale data (from 2002-2006).

Since the release, many departments have examined the data in detail and the associated ranges of rank produced by the NRC system. Based on their observations, there appear to be additional concerns about the NRC rankings-some unique to our discipline and some perhaps shared by other disciplines. We highlight some of those concerns.

We understand that the NRC is in a difficult situation. The report is very late, and the approach attempts a much larger study and much more ambitious statistical analysis of data associated with doctoral programs than previous ranking reports. Hence it is exploring new ground, and there will always be institutions unhappy with their ranking.  However, we think it is important for the reputation and integrity of the NRC that it release a report and associated data set that are accurate and consistent; and it is (especially) important to the field of Computer Science that it be accurately reflected. Accuracy implies not only that the data are correct, but also that the data are measuring what the NRC intended (hence our earlier dialogue about computer science publications, where the data may have been an accurate count of what was measured, but the choice of data set did not accurately reflect the publication rate of the field, which is what NRC wanted to measure). Consistency implies that all the data are measuring the same thing.   This is important for categories where individual institutions provided data, since some institutions misinterpreted what was requested and supplied data that skew the statistics.

We urged the NRC to delay the public release of the report and data set until institutions could respond to the study and provide corrected data. We realize that delaying may not have been possible, given pressure on the NRC to finally publish the study. Thus, as an alternative, we urged the NRC to correct errors of fact submitted to them within some reasonable time period. We understand the NRC will accept corrections for errors made by them, and will re-release the study in a month’s time; however, they will not correct errors for which they believe they are not at fault, but will simply list these on their web site.

What are possible types of flaws in the data?

Here are some of the issues that colleagues have found that indicate inaccurate or inconsistent data.  Examples of flawed data sources:

So where does this leave the community? With questions about the quality of the data for many categories—either inconsistent across institutions or simply not an accurate reflection of the category—one has to feel that Prof. Stigler’s conclusion holds even more so. After all, as computer scientists, we certainly understand: “Garbage in, garbage out.” 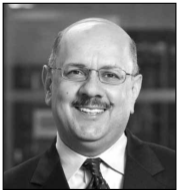 NSF Appoints New CISE Head and Senior Staff
Scroll to top
We use cookies to understand how you use our site and to improve your experience. By continuing to use our site, you accept our use of cookies.Accept Read More
Disclaimer
Privacy Overview