This article is published in the March 2012 issue.

It is well recognized that increasing the diversity of the workforce is very important to the field of computing. In this article we focus on diversity within doctoral programs because it has a significant impact on diversity among both faculty members and researchers in industry and government labs. In particular, we focus on the source of minority students for graduate programs in computer science with respect to the following underrepresented groups: African Americans, Hispanics, and American Indian or Alaska Natives.

In the December 2011 issue of the CACM, the authors published an article on the need to consider different sources of data when investigating trends about the demographics of the computing field. We use this as a starting point for this article to address the issue of where the minorities are with respect to the bachelor’s degree because these students are the candidates for the graduate programs.

In an effort to identify trends in graduation rates for ethnic minorities, the Center for Minorities and People with Disabilities in IT (CMD-IT, http://www.cmd-it.org) accessed data from the following two databases: 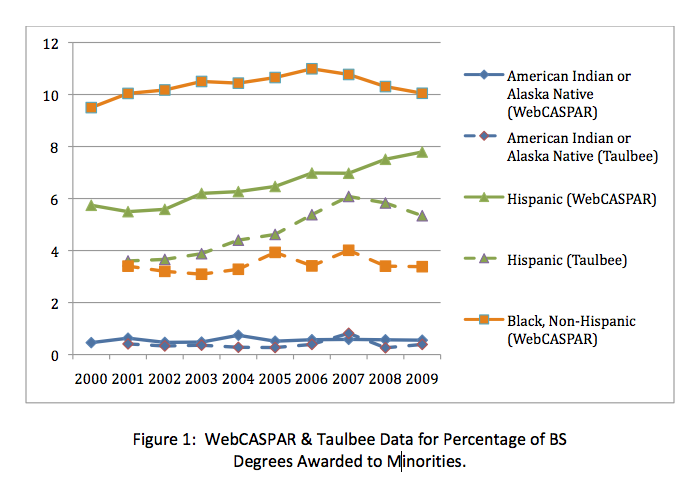 For the WebCASPAR data, we also extracted the data given in Figure 1 sorted by institution classification according to the standard Carnegie Classification [http://classifications.carnegiefoundation.org]. For completeness, we provide a short summary of the classifications below that are important for this article. The numbers in parentheses identify the current number of institutions in the given category. 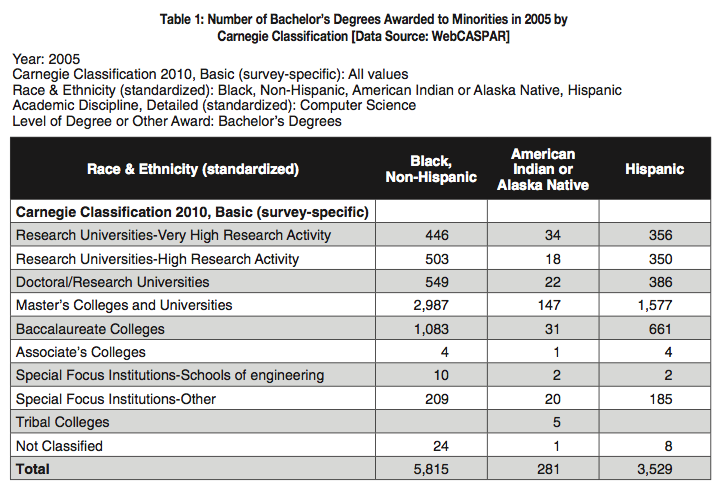 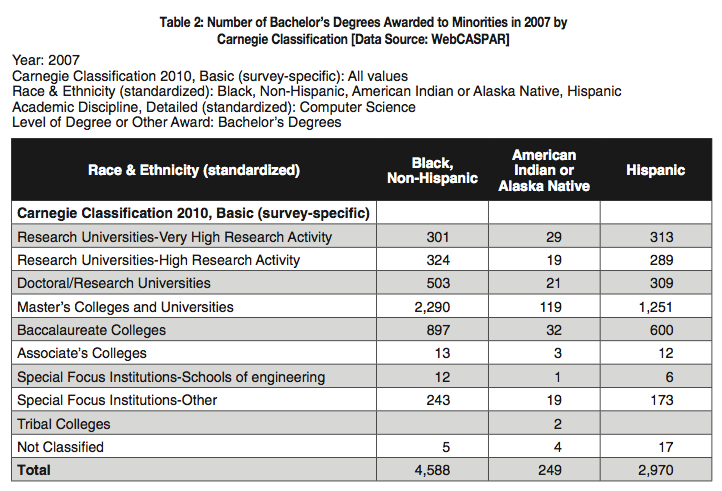 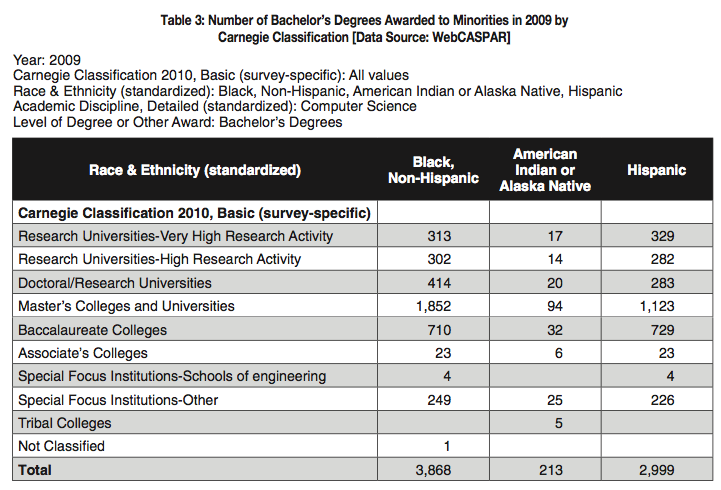 When looking through the list of institutions, however, the distribution is not uniform.  There are a few spikes, with many institutions graduating one or two minorities with a bachelor’s degree. The institutions with more than 25 minorities are Minority Serving Institutions (MSIs) and for-profit institutions (most in the categories of Master’s Colleges and Universities).

To increase diversity in our doctoral degree programs in computing the data indicate the need to recruit minority students from MSIs and for-profit institutions. In particular, the data raise the following questions for discussion by the computing research community:

We look forward to continued discussion on the topic of increasing diversity in the computing research community.

Valerie Taylor is the Royce E. Wisenbaker Professor in Computer Science and Engineering at Texas A&M University and Executive Director of the Center for Minorities and People with Disabilities in IT

Richard E. Ladner is the Boeing Professor in Computer Science and Engineering at the University of Washington, Principal Investigator for the AccessComputing Alliance, and Deputy Director of the Center for Minorities and People with Disabilities in IT.