This article is published in the February 2013 issue.

With the early morning January 1st deal to avert the “fiscal cliff” reached in the Senate ­­— a deal that the House would ultimately approve — the 24-hour news networks turned off their fiscal cliff countdown clocks and turned instead to analyzing “what it all means.” Those discussions invariably focused on the tax implications of the deal — the extension of most of the Bush-era tax cuts. What was largely glossed over in the aftermath was the deal’s impact on federal spending and whether Congress had solved the problem of the looming sequester that threatened to cut up to 10 percent from nearly every discretionary spending account in the budget. The fact was, Congress had not solved the problem, it had merely elected to kick the problem down the road a bit farther out of sight.

The deal the House and Senate reached was to postpone the sequester until March 1, 2013, but pay for the $24 billion it will “cost” to do that by a combination of $12 billion in new revenue, $6 billion in defense cuts, and $6 billion in non-defense cuts. Where those cuts will fall is still uncertain, but it is a reasonable bet to assume an across-the-board cut will be the likeliest option. The remaining $109 billion in cuts called for in the sequester will have to be sorted out — along with an increase in the debt limit — before the end of February.

The good news is that it appears House Republicans and Senate Democrats have worked out a deal to increase the federal debt limit, at least in the short term. House Republicans have decided that their focus ought to be on controlling spending in the still unfinished FY 2013 appropriations, which must be completed by March 27, 2013, or pass another so-called “continuing resolution” keeping funding flat.

However, this sets up the potential for another government shutdown amid a fight on how to fund the government in the long term. Democrats, including the White House, are still insisting on a “balanced approach” which is code for more tax revenue to allow for less spending cuts. Republicans, on the other hand, unequivocally state that taxes have already been raised, and moving forward, any deal will be based solely on spending cuts, including a significant portion of members of the House who have indicated that they are willing to shut down the government in order to slash spending significantly.

What does all this mean for the science community? No one in Washington likes straight across the board cuts and every area of the budget has someone asking for their budget to be exempt from the cuts or at least to have less of a cut than other budget areas. The Budget Control Act is written to require each and every program area within the non-defense discretionary budget to be cut by the same amount and, with the exception of military service pay, the defense budget program areas face the same fate. Any deal made by March 1st is likely to change the across the board nature of the cuts and allow for “prioritization” within agency budgets. This could mean the research budgets get cut much more than other areas that end up being deemed priorities – i.e. Department of Defense research budgets could be hit with larger cuts to spare cuts to large weapons systems. In addition to the potential cuts from the sequester, any further appropriations for FY 2013 could include additional cuts to any or all of the agency budgets.
It is looking increasingly likely, however, that the easiest course of action for both parties is to just let the sequester occur with little, if any modification and deal with the political fallout. It appears there are growing numbers on both sides that believe they could leverage the aftermath to serve their own political goals. In this scenario, research budgets could see cuts of about 8 percent on the non-defense side, and nearly 10 percent on the defense side.

The situation for FY 2014 becomes a little more fluid. The President will release his FY 2014 budget proposal either in late February or early March and Congress will get to work on their own shortly thereafter. The Budget Control Act does impose another $120 billion in spending cuts on FY 2014, but because the cut is imposed as a restriction on the total spending for defense and non-defense accounts, not an across-the-board reduction to all accounts, Congress and the agencies will have some leeway in setting priorities that they do not have in FY 2013. As a result, the science advocacy community, and the computing research community in particular, will be beating the drum loudly over the importance of the federal investment in research. In particular, the message from the community will likely be that spending cuts and tax increases cannot be the only way to relieve the federal debt pressure — economic growth has to be encouraged. Research investments are a key part of enabling the innovation that fuels that economic growth.

The bottom line is that the fiscal climate for federal research support is tough regardless of whatever budgetary scenario ultimately plays out. What’s most important from the computing community in these times is to continue to generate bold new visions and initiatives, and to continue to demonstrate the field’s relevance to national priorities. All federal belts are likely to be tightened, but some will be tighter than others. 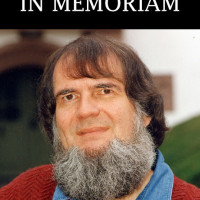 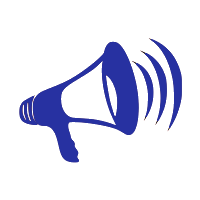 CRA Announces Four New Board Members
Scroll to top
We use cookies to understand how you use our site and to improve your experience. By continuing to use our site, you accept our use of cookies.Accept Read More
Disclaimer
Privacy Overview