This article is published in the March 2013 issue.

The full 2012 Taulbee Report will be published in the May 2013 issue of CRN.  However, the degree and enrollment numbers for bachelor’s and doctoral level programs in the departments responding to the survey have been compiled at this time, and they should be of interest to our members and readership.  Thus, we are providing a sneak preview into these data.
Click here to view the press release.

The accompanying table shows the one-year comparison between last year’s survey and this year’s.  Since the specific departments reporting from one year to the next may vary, we show both the overall values for all departments who reported in a given year, and the comparable totals from only those departments that reported in both years.

The data show strong growth at the bachelor’s level, and a more modest, but solid, growth at the doctoral level.  Overall reported Ph.D. production in computing programs rose 8.2 percent in 2011-12, with 1,929 degrees granted compared with 1,782 in 2010-11.  This is the highest number of PhDs ever reported in Taulbee, surpassing the previous high of 1,877 in 2008. Among departments reporting both this year and last year, the number of total doctoral degrees increased 5.2 percent, and the number of doctoral degrees in U.S. CS programs rose 6.8 percent.  Doctoral enrollments also are up, in aggregate and if only new doctoral students are considered.  Among all departments that reported both years, the increase is in the 4-5 percent range, while in U.S. CS departments the increase is slightly higher.

Interest in computing seems to be growing at a healthy clip.  Stay tuned to the May 2013 CRN for a more complete analysis of the Taulbee data. 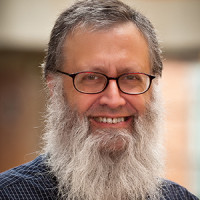 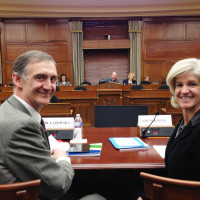 IT Research Hearing Focuses on Security, Education
Scroll to top
We use cookies to understand how you use our site and to improve your experience. By continuing to use our site, you accept our use of cookies.Accept Read More
Disclaimer
Privacy Overview