This article is published in the April 2013 issue.

Hispanics have the highest growth rates among all groups in the United States, yet they remain considerably underrepresented in computing careers and in the numbers who obtain advanced degrees. Hispanics comprise only 13 percent of undergraduate students in all fields. Additionally, only seven percent of baccalaureates and less than one percent of doctorates in computer science in 2011 were granted to Hispanic U.S. citizens (National Center for Education Statistics (NCES), 2011). With computing careers growing at a faster than average rate in the United States (BLS, 2010) and internationally (Cervantes, 2003), it’s important to increase the number of Hispanics who complete computing programs and who are qualified to obtain high-status, lucrative positions. The underrepresentation in computing, as well as science, technology, engineering, and mathematics (STEM), can be attributed to the small number of Hispanic faculty, combined with the lack of Hispanic role models and mentors. In 2004, seven Hispanic-Serving Institutions (HSIs) formed the Computing Alliance of Hispanic-Serving Institutions (CAHSI) to consolidate their strengths, resources, and concerns with the aim of increasing the number of Hispanics who pursue and complete baccalaureate and advanced degrees in computing areas (Gates et al. 2011). The founding members and leads are as follows:

CAHSI now works with over fifteen universities and colleges. 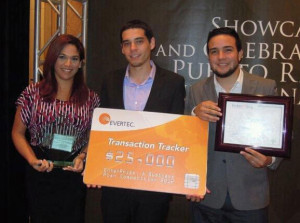 CAHSI plays a critical role in evaluating, documenting, and disseminating effective practices that support students at the critical stages in the academic pipeline: the transition from high school to college, from college to graduate school, and from graduate school to the professoriate. CAHSI initiatives and practices actively engage students in learning experiences, prepare students for STEM courses, create leadership roles, and develop skills required for research and cooperative work. Above all, CAHSI mainstreams mentoring and the building of structured, academic networks for students that prepare them for success in coursework from entry level through graduate school and, thereafter, into the STEM workforce.  Effective practices include:

· CS0: The CS0 effort focuses on adoption of pre-CS, a three-unit course that uses graphics and animation to engage and prepare students who have no prior experience in computing. Students are provided with an opportunity to learn the basics of programming concepts and to develop problem solving and systemic reasoning skills, while becoming familiar with a programming environment. Such CS0 courses can serve as a recruitment and motivational tool to attract students who are taking a computer science course as one of their science or general studies electives. CS0 motivates exploration of math and programming concepts (Amato et al., 2012).

· Affinity Research Groups: The Affinity Research Group Model (Villa et al., 2013; Gates et al., 2008) is a set of practices built on a cooperative team framework to support the creation and maintenance of dynamic and inclusive research groups in which students learn and apply the knowledge and skills required for research and cooperative work. In an ARG, members share a core purpose, and the research group is designed to emphasize the conscious and explicit development of students’ disciplinary knowledge, research abilities, and team skills. An ARG actively engages undergraduate and graduate students in the practices of effective research groups. ARG members have or are developing an affinity for a particular research topic and share common research goals, including goals for academic and professional development. An ARG deliberately designs activities aimed toward developing students’ disciplinary knowledge, research abilities, and team skills.

· Peer-Led-Team Learning: A proven strategy for retention, PLTL provides an active learning experience for students and creates leadership roles for undergraduates. The PLTL model (www.pltl.org) engages teams of students in learning sciences, mathematics and other undergraduate disciplines guided by a peer leader. Students who have done well in this experience become guides, mentors and workshop peer leaders. For the peer leaders, the experience of working with faculty and guiding their peers through a difficult course is rewarding. The PLTL effort supports academic performance and retention in the gatekeeper courses. In a PLTL study, 81% of the students surveyed agreed that interacting with the workshop leader increased their understanding of the subject, while 91% of the peer leaders surveyed stated that acting as a workshop leader increased their understanding of the subject, as well.

· Mentor-Grad:  The Mentor-Grad programprepares undergraduates for graduate studies with the goal of completing a Ph.D. Parallel to Mentor-Grad is the FemProf initiative that focuses on the same goal aimed at undergraduate female students.

· Fellow-Net:  CAHSI viewsthe opportunity for student fellowships and scholarships as a powerful resource in attracting quality students into graduate studies toward a doctorate. As awardees of highly competitive fellowships and scholarships, students have the advantage to be introduced to research early in their career so that they can become valued graduates for faculty positions once they obtain their Ph.D. Our strategy is to make students aware early in their studies about the essential elements of a successful packet for a competitive fellowship and to ensure that students engage in activities that ultimately improve the prospects of a successful outcome.

NMSU has taken a lead in CAHSI in building effective educational outreach programs by aligning its K-12 initiatives with other programs, by sharing expertise, leveraging resources, and developing joint events. Some of these alignments include

In addition, NMSU’s DISSECT initiative (DIScovering SciencE through Computational Thinking) provides an educational infrastructure used to develop teams of graduate students, undergraduate students and K-12 teachers; the teams work on enhancing the structure and content of 8th to 12th grade science-related courses by embedding aspects of computational thinking and computer science in them. The objective is make the science teaching more engaging while at the same time infusing knowledge of computational thinking.

The merits of CAHSI can be demonstrated by the increase in the completion rate of Hispanic students by ten percent since the year that CAHSI was officially formed. In 2011, 70% of CAHSI computing bachelor’s degrees were awarded to Hispanics. In contrast, data from the National Center for Education Statistics indicates that only seven percent of bachelor’s degrees in computer science in the United States were granted to Hispanics.  Through CAHSI initiatives, the completion of Hispanic undergraduates from CAHSI departments increased from 244 students in 2006 to 267 students in 2011. CAHSI graduates Hispanic students at nearly ten times the national rate of Hispanic baccalaureates in computing.

CAHSI departments have consistently graduated high rates of female and Hispanic MS degree recipients. CAHSI has dramatically increased the number of women MS graduates from the time that it was first formed, demonstrating an increase of 62% since 2006 (an increase from 26 in 2006 to 42 in 2011). CAHSI has also graduated high numbers of Hispanic master’s degree recipients. For example, from 2006-2011, nine percentof all Hispanic master’s degrees in Computer Science/Engineering in the mainland United States were conferred by the six founding CAHSI mainland schools. CAHSI consistently produces large numbers of Hispanic doctorates in Computer Science and Computer Engineering—quite significant, given the overall low rate of Hispanic computing Ph.D. degree attainment each year in the nation. In fact, from 2006-2011, CAHSI mainland schools graduated 22% of the nation’s Hispanic Ph.D.s in Computer Science

CAHSI has been listed in the Examples of Excelencia database as an effective national initiative that accelerates Hispanic student success at the baccalaureate level. As a member of the Excelencia in Action Network, CAHSI contributes to national efforts to advance the Hispanic national agenda. An example of Excelencia’s efforts is a policy paper that proposes a new design and delivery of federal financial aid considering the strengths and needs of today’s students (Santiago, 2013).  The statement disaggregates the characteristics of post-traditional students to propose financial aid policy that aligns with current issues.

CAHSI has also developed a partnership with the Society for Advancement of Chicanos and Native Americans in Science (SACNAS), a community of scientists dedicated to involving and advancing those underrepresented groups in computing and other sciences by way of their national conference, year-round programs, policy advocacy work, and strategic initiatives. SACNAS serves over 30,000 members and involves more than 1,000 institutions, agencies, and programs across the country and in Puerto Rico.  With a focus of expanding to include computing and engineering, the CAHSI-SACNAS partnership is critical because of its focus on preparing and advancing students in research careers and providing opportunities through its Leadership Institute to develop the next-generation leadership.  SACNAS has also been a partner with CAHSI on policy and advocacy, e.g., commenting on the impact of NSF’s broadening participation programs and the merit review criteria revisions and principles, which resulted in a quote that appeared in an article on the subject in Science. The SACNAS partnership has opened opportunities and is moving CAHSI toward sustaining and extending its impact.

CAHSI has built a pedagogical and intellectual community to support student success in its departments, and it has created human infrastructure to support its initiatives by training faculty in member departments in CS0, PLTL, Fellow-Net, and ARG. Faculty members view participation in CAHSI as a way to collaborate with peers beyond their home institution. The alliance has begun to build community well beyond its founding members by disseminating its initiatives more broadly and developing key partnerships to advance its mission. CAHSI provides ongoing support, resources and materials through its website (http://cahsi.org) and interactions among CAHSI members. CAHSI is indeed building momentum and making a real difference. 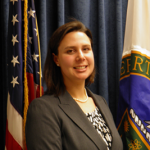 Computing Community Consortium: New Director Dr. Ann Drobnis
Scroll to top
We use cookies to understand how you use our site and to improve your experience. By continuing to use our site, you accept our use of cookies.Accept Read More
Disclaimer
Privacy Overview