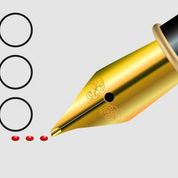 The Computing Research Association seeks your help in suggesting nominations for its Board of Directors.  We seek individuals who have time, energy, initiative, and resources to work on CRA issues on behalf of the entire CRA community.  Ours is a working board, and all members are expected to do a fair share of the work.

The 32 member Board provides the membership for various standing committees, including the Communications, Government Affairs, Snowbird Conference, Taulbee Survey, Finance, and Elections committees.  In addition, issues affecting computing research arise unexpectedly and Board members must take the initiative and lead CRA’s responses.  Many CRA committees and initiatives involve year-round attention, regular conference calls, communications with lab directors and department chairs, proposal writing, and sometimes travel at the expense of the individual Board members.

The Board as a whole meets twice a year, with travel and hotel costs paid by the individual members. Board members serve staggered three-year terms.  At the discretion of the Elections committee and based upon a member’s proactive service record during the expiring term, members wishing to stand for re-election may be included on the draft ballot.  There is a three term limit.  Candidates need not be affiliated with CRA member organizations.  Anyone can nominate a candidate but candidates must agree to be nominated.

Additional information on CRA and its activities is available on the Web at http://www.cra.org.

Nomination forms and additional information are available at: http://www.cra.org/about/elections/.

Questions can be sent to elections [at] cra.org. 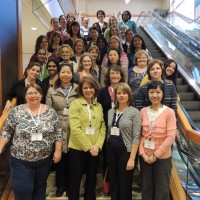 Nominations Open for 2014 CRA Service and Habermann Awards
Scroll to top
We use cookies to understand how you use our site and to improve your experience. By continuing to use our site, you accept our use of cookies.Accept Read More
Disclaimer
Privacy Overview