This year’s nominees were a very impressive group. A number of them were commended for making significant contributions to more than one research project, several were authors or coauthors on multiple papers, others had made presentations at major conferences, and some had produced software artifacts that were in widespread use.

A list of the winners, runners-up, finalists, and honorable mentions appears below.

Senior at Massachusetts Institute of Technology

Pratiksha Thaker is a senior at the Massachusetts Institute of Technology in the Department of Electrical Engineering and Computer Science. Her research is the context of free form natural language commands given to a robot. Specifically, she modeled what clarifying question the robot should ask and how to combine the answer with the original command. She is also working to model how humans can search rapidly a large hypothesis space. In addition to her research, Pratiksha is active in advising undergraduates and in working with high school students.

Senior at University of Massachusetts Amherst

Daniel Stubbs is a senior at the University of Massachusetts Amherst in the Department of Computer Science. Daniel has an exemplary record of research in theoretical computer science, specifically in algorithms for data stream processing. He improved algorithms for computing statistics in randomly ordered streams of unknown length, reduced the space needed to compute the earth mover distance problem, and created an algorithm for estimating matches of graphs in the case the graphs are not accessible in their entirety. Daniel is co-teaching a one-credit undergraduate computer science course for honors students.

Senior at University of Pennsylvania

Allison Pearce is a senior at the University of Pennsylvania majoring in Computer Science. In her research she analyzed high‐frequency oscillations recorded from the surface of the human brain to attempt to understand how seizures are generated. She created data visualization to show changes in the oscillations before, during, and after seizures and developed a method to co-register MRI and CT data for 3D brain reconstruction. Allison is also working as a teaching assistant, helping students with difficult material.

Kui Tang is a senior at Columbia University where he is majoring in Applied Mathematics. His research is highly multidisciplinary, spanning from algorithms for Markov Random Fields, to graph-theoretic methods for privacy-aware data mining, to a nonparametric model for neural imaging, and to a profiler for measuring performance of parallel programs and identifying bottlenecks. Kui has been a teaching assistant, a judge for debate tournaments, and a leader in student organizations. 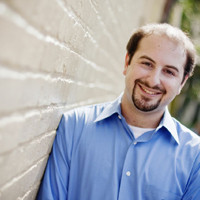 Mosley Joins CRA Policy Staff
Scroll to top
We use cookies to understand how you use our site and to improve your experience. By continuing to use our site, you accept our use of cookies.Accept Read More
Disclaimer
Privacy Overview