This article is published in the February 2014 issue.

All you have to do is create the PERFECT March Madness bracket.  If you manage to do so, Warren Buffett and Berkshire Hathaway will pay you $1,000,000,000, as reported by ESPN!  While the idea is certainly appealing, creating a perfect bracket is near impossible (the chances of winning are 1 in 4,294,967,296).

Don’t despair, there is a consolation prize from Quicken Loans: $100,000 to the 20 most accurate brackets.  So, not only will 20 people definitely walk away with $100,000 in early April, but you can use computer science research to better your chances!

Computer Science Professor Sheldon Jacobson and his team at the University of Illinois at Urbana-Champaign have been working on BracketOdds since 2011.  BracketOdds is: A website to evaluate seed distributions in the later rounds of the NCAA Division I Men’s Basketball Tournament, commonly referred to as March Madness. This tool uses principles from probability theory and operations research to model the likelihood that a set of seeds will reach a particular round of the tournament.

When speaking with Jacobson on the new contest, he said, “It’s a great promotion – no one will win it.  The odds are just too phenomenal against anyone putting it together.”

Jacobson and his team are constantly researching and updating their algorithms to help determine the probabilities of seeded teams propagating through the tournament.  You can even go to the site now and see the projected seeds for this March, updated regularly.  Two new models are currently being run as well, with the results to be disseminated in the future. 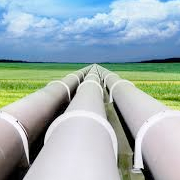 National Women in Cybersecurity (WiCyS) Conference
Scroll to top
We use cookies to understand how you use our site and to improve your experience. By continuing to use our site, you accept our use of cookies.Accept Read More
Disclaimer
Privacy Overview