Julia Hirschberg and P. Takis Metaxasis are retiring from the board as of June 30, 2014. CRA thanks them for contributions during their service on the board.

Nancy M. Amato is Unocal Professor and Interim Department Head of the Department of Computer Science and Engineering at Texas A&M University where she co-directs the Parasol Lab. She received undergraduate degrees in Mathematical Sciences and Economics from Stanford University, and M.S. and Ph.D. degrees in Computer Science from UC Berkeley and the University of Illinois at Urbana-Champaign, respectively. She was an AT&T Bell Laboratories PhD Scholar, received a CAREER Award from the National Science Foundation, is a Distinguished Speaker for the ACM Distinguished Speakers Program, and was a Distinguished Lecturer for the IEEE Robotics and Automation Society. She received the 2013 IEEE Hewlett-Packard/Harriet B. Rigas Award, a University-level teaching award from the Texas A&M Association of Former Students in 2011, and the Betty M. Unterberger Award for Outstanding Service to Honors Education at Texas A&M in 2013. She is a Fellow of the American Association for the Advancement of Science (AAAS), a Fellow of the Institute of Electrical and Electronics Engineers (IEEE), a Fellow of the World Technology Network (WTN). PERSONAL WEB PAGE

Dan Grossman is an Associate Professor in the Department of Computer Science & Engineering at the University of Washington where he has been a faculty member since 2003. He currently holds the J. Ray Bowen Professorship for Innovation in Engineering Education. Dan completed his Ph.D. at Cornell University and his undergraduate studies at Rice University. His research interests lie in the area of programming languages, ranging from theory to design to implementation, with a focus on improving software quality. In recent years, he has focused on better techniques for expressing, analyzing, and executing multithreaded programs. He has collaborated actively with researchers in other disciplines of computer science, particularly computer architecture, software engineering, and databases. PERSONAL WEB PAGE

Dr. Barbara G. Ryder is Head of the Department of Computer Science at Virginia Tech, where she holds the J. Byron Maupin Professorship in Engineering. She received her A.B. degree in Applied Mathematics from Brown University (1969), her Masters degree in Computer Science from Stanford University (1971) and her Ph.D degree in Computer Science at Rutgers University (1982). Dr. Ryder served on the faculty of Rutgers from 1982-2008. She also worked in the 1970s at AT&T Bell Laboratories in Murray Hill, NJ. Dr. Ryder’s research interests on static and dynamic program analyses for object-oriented systems, focus on usage in practical software tools for ensuring the quality and security of industrial-strength applications.PERSONAL WEB PAGE 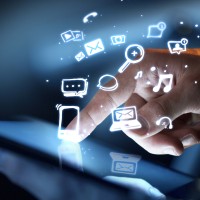 Visions 2025: The New Making Renaissance: Programmable Matter and Things
Scroll to top
We use cookies to understand how you use our site and to improve your experience. By continuing to use our site, you accept our use of cookies.Accept Read More
Disclaimer
Privacy Overview