Congratulations to both Tal Rabin and Maria Klawe. Klawe is president of Harvey Mudd College and was a founding co-chair of the highly successful CRA-W Committee. She will be a plenary speaker at the 2014 Conference at Snowbird. Rabin is manager of the Cryptography Research Group at IBM’s T.J. Watson Research Center and Computing Community Consortium (CCC) Council Member.

In 2005, The Anita Borg Institute created the Women of Vision ABIE Awards to annually recognize three distinguished women leading technology innovation around the world. These exceptional women are chosen by a panel of their peers for their contributions to technology innovation, industry leadership, and technology-driven social impact.

Innovation – Dr. Tal Rabin: Her research has become part of the foundation for the future of cyber-security and protection of individual privacy. Rabin’s research focuses on the general area of cryptography and, more specifically, on multiparty computations, threshold and proactive security.

Leadership – Dr. Maria Klawe: Dr. Maria M. Klawe is the president of Harvey Mudd College. A renowned computer scientist and scholar, Klawe is the first woman to lead the College since its founding in 1955. She supported the Harvey Mudd Computer Science Department’s innovative efforts to attract women to CS, which increased the percentage of female CS majors at the College from 10 percent in 2005 to a current average of 40 percent. Klawe is passionate about making science, engineering and mathematics education more accessible to diverse groups and has emerged as a national thought leader on women in STEM education.

CRA, CRA-W and CDC congratulate Richard Tapia for receiving the 2014 Vannevar Bush Award. National Science Board has announced that mathematician Richard Tapia, a leader in mentoring minorities in science, engineering and mathematics fields, is the 2014 recipient of itsVannevar Bush Award. Tapia is also a previous recipient of CRA’s A. Nico Habermann

“In addition to his distinguished contributions to mathematics, Richard Tapia has shown extraordinary leadership in increasing opportunities for underrepresented minorities in science and mathematics,” said Ruth David, Chair of the NSB’s Committee on Honorary Awards. “His long-term commitment and success sharing the excitement and relevance of mathematics and computer science with inner-city high school students and other members of the public is inspirational.” 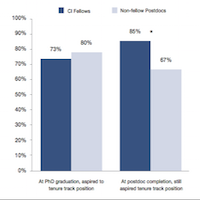 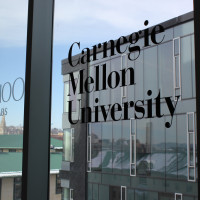 University-Industry Partnership to Advance Machine Learning
Scroll to top
We use cookies to understand how you use our site and to improve your experience. By continuing to use our site, you accept our use of cookies.Accept Read More
Disclaimer
Privacy Overview