It was great to see so many of you during this summer’s CRA Snowbird conference! The talks were great and the side conversations stimulating. To keep the dialogue going, I want to highlight some of our upcoming activities.

As you know, Farnam Jahanian, who served as the CISE Assistant Director (AD) from March 2011 to August 2014, has transitioned to Carnegie Mellon University, where he is now serving as VP of Research. During his tenure, CISE led three Presidential initiatives: the National Robotics Initiative, the National Big Data Research and Development Initiative, and US Ignite. He oversaw the formulation of more than 25 new solicitations, including several collaborative efforts that spanned multiple NSF directorates, federal agencies, and the private sector. Farnam was a strong advocate for how basic research can be uniquely central to an innovation ecosystem that drives global competitiveness and addresses national priorities. His contributions are sure to provide a lasting legacy for the future of our discipline. The next time you see or talk to Farnam, please thank him for his exceptional leadership to the CISE directorate and community.

NSF is actively searching for the next AD for CISE. As is customary at NSF, the Deputy AD serves as the Acting AD in the interim. I want to thank the search committee for their work; I expect there will be an update soon.

CISE is convening a Committee of Visitors (COV) this fall for the divisions for Computer & Communication Foundations (CCF), Computer & Network Systems (CNS), and Information & Intelligent Systems (IIS). (The Division of Advanced Cyberinfrastructure (ACI) recently conducted a COV so their next one will be sometime in the near future.)

NSF relies on the judgment of external experts to maintain high standards of program management, to provide advice for continuous improvement of NSF performance, and to ensure openness to the research and education community served by the Foundation. COV reviews provide NSF with external expert judgments in two areas: (1) assessments of the quality and integrity of program operations and program-level technical and managerial matters pertaining to proposal decisions; and (2) comments on how the outputs and outcomes generated by awardees have contributed to the attainment of NSF’s mission and strategic outcome goals.

CISE thanks Jim Kurose from the University of Massachusetts, Amherst for serving as the chair of the COV and the three vice-chairs who are serving for each of the divisions:Salil Vadhan of Harvard University for CCF, Peter Steenkiste of Carnegie Mellon University for CNS, and Nancy Amato of Texas A&M University for IIS.

We are planning to hold the fall meeting for the CISE Advisory Committee (AC) on November 13-14, 2014. The CISE Advisory Committee provides advice and recommendations to NSF concerning support for computing research, education, and infrastructure. More specifically, the AC provides up-to-date information on the state of the field and the many challenges we all face and advice on the impact of NSF policies and programs on the CISE community and works on special issues, for example, by forming ad hoc subcommittees and working groups to carry out studies, as needed.

Over the past few years, the CISE AC has formed ad hoc groups around the issues of Computer Science Education and Workforce Development, CISE Midscale Infrastructure Investments, and Visioning CISE 2025. Their advice on these issues and others of importance to the CISE community has led to several important outcomes. The agenda of this summer’s CRA Snowbird Conference was a testament to that. Several CISE AC members led sessions to engage the broader community in conversations about these issues and, in addition, held a town hall meeting to discuss the growing enrollments in computing courses. CISE is grateful for the active engagement and thoughtful contributions from our AC members.

The meeting this fall is open to the public and CISE is currently working with the co-chairs, David Culler of UC-Berkeley and Fran Berman of RPI, to formulate an engaging agenda. One topic that is certain to be on the agenda is the report from the COV chair and vice-chairs.

CISE is pleased to announce that Lynne Parker of the University of Tennessee will serve as the Division Director of IIS beginning in January and will be joining as an expert this fall. Chaitan Baru from the San Diego Supercomputer Center at UCSD has recently joined CISE as Senior Advisor for Data Science. We are happy to have Lynne and Chaitan join the CISE team and look forward to working with them.

We also have many new Program Officers joining us, as well as several who have returned to their home institutions. We are also happy to have several new AAAS and Einstein Fellows joining CISE this fall. The work of the rotating Program Officers and Fellows is invaluable to NSF and helps the U.S. to maintain its leadership in scientific discovery and engineering innovation.

Learn more about what’s going on in CISE and about the impact from our researchers by visiting the CISE webpage and following us on Twitter @NSF_CISE.

A new NSF-produced Science Nation video illustrates an innovative computer science curriculum – Exploring Computer Science, ECS. Created by a team lead by Jane Margolis of UCLA, ESC has broadened the participation of students taking computing courses. Today, more than 2,000 students in the Los Angeles United School District (LAUSD) are learning computer science through ECS each year. Many of these students are African American and Latino. In addition, at a time when the national average of female students who participate in AP computer science is about 19 percent, the LAUSD ECS enrollment is 40 percent female – twice the national average. 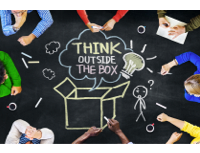 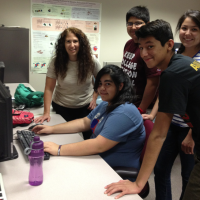 Spotlight on Nancy Amato
Scroll to top
We use cookies to understand how you use our site and to improve your experience. By continuing to use our site, you accept our use of cookies.Accept Read More
Disclaimer
Privacy Overview