Day One dawned warm and rainy as funders, participants, and mentors filed into the Waterview Conference Center in Arlington, VA. After filling out nametags and more than a few grumbles about “homework during breakfast,” the participants dove right in to answer the ice-breaking questions:

1. What big problem in CPS trustworthiness, security, and privacy are you hoping to solve?

2. What big problem in CPS trustworthiness, security, and privacy are you hoping someone else will solve? 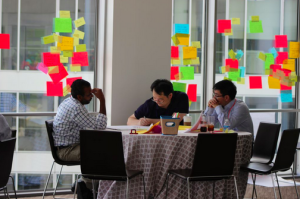 In mid-August, the National Science Foundation (NSF) and CRA once again hosted the Knowinnovation (KI) team to run an Ideas Lab, aimed at gathering research and funding proposals in the field of Cyber-Physical Systems security and privacy. But this year was different: for the first time in Ideas Lab history, the NSF partnered with Intel to bring together some of the country’s brightest minds in the field. And after a rigorous application and selection process, the chosen participants gathered for their five-day intensive proposal workshop for the potential to be awarded a grant between $500,000 and $3 million.

During an Ideas Lab, it is very common for participants to change groups a few times over. The KI team was happy to encourage this behavior – the point is to inspire a set of innovative and multi-disciplinary proposals, and that requires the participants to be passionate about their topic of choice. On Day One, participants have general ideas of the problems they hope to solve. By Day Two, they have thrown those ideas out the window and are often left feeling apprehensive – how will they ever come up with a legitimate proposal in the next three days? But Day Three usually wraps up with optimism and smiles from participants and mentors alike, and it’s all uphill from there. 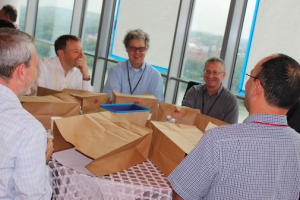 “I was impressed how well the group of participants worked together,” said Keith Marzullo, the Deputy Director of CISE at the NSF and one of the funders of this Ideas Lab. “KI advised the panel that selected the white papers about applicants’ tendencies towards collaboration, and we had a group that were eager to work together. ”

“The participants’ depth of specialized subject matter expertise was impressive,” added Ed Liebow, the Executive Director for the American Anthropological Association and one of several mentors at the event, “as was their willingness to sort themselves into productive teams and quickly hatch some promising kernels of novel and significant research projects.”

Jesse Walker, Network and Security Architect at Intel and a co-funder of the Ideas Lab, described the atmosphere that is so often constructed during an Ideas Lab. “The workshop process was quite invigorating and helped us to deal constructively with a large number of new personalities and points of view in short order,” he said. “The intense non-stop atmosphere was amazingly stimulating.”

One of the main attractions of an Ideas Lab is the diversity of the participants. The purpose of drawing from a multi-disciplinary group is to stimulate unusual approaches that can produce novel research proposals.

“Thinking about the social, economic, and legal implications of the technology is going to be an important dimension of the research,” said Walker, reflecting on the inclusion of a more diverse group of participants, “because if we do not, then the technology has the potential to create very large new classes of political dissidents and permanently economically disadvantaged.”

Walker is not alone on this front. Liebow said, “Any topic, but especially topics concerning appropriate technology development, requires substantive input from social and behavioral scientists.”

Unlike some previous Ideas Labs, this workshop did not end with a grant announcement. Instead, the workshop was a way for participants to create draft proposals, and to receive feedback from the funding team. The joint NSF/Intel solicitation closes on October 28th, and is open to anyone, whether or not they attended the Ideas Lab.

Overall, the event produced several interesting, and unusual, ideas that the funders would like to see developed into full proposals.

To learn more about Ideas Labs please read the PLOS paper on Assembling the Tree of Life, or explore some of the articles on the Knowinnovation website. 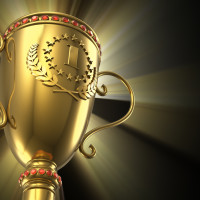 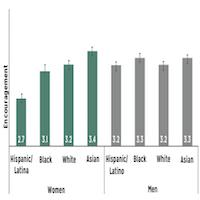 Differential experiences of students in computing
Scroll to top
We use cookies to understand how you use our site and to improve your experience. By continuing to use our site, you accept our use of cookies.Accept Read More
Disclaimer
Privacy Overview