This article is published in the February 2015 issue.

Imagine slipping into a presentation that has already started and finding a seat in the back. The speaker is pointing at her slides explaining the diagram but you can barely hear her from the back of the room. All the sudden your cell phone, which you had placed on the table when you took your seat, begins to project the speaker’s voice. Now you can watch the speaker and hear her without any problems.

This is just an example of the opportunities and challenges that arise with Extensible Distributed Systems, a new generation of distributed systems that operate not simply from the cloud, but extend both to the portable computing devices that are increasingly everywhere around us (in our pockets, wrists, ankles, cars, homes, etc.) and indeed also to the very individuals that own, operate, depend upon, and even cuddle those devices.

Fifty participants from academia, industry, and government came to Arlington, Virginia January 21-22, 2015 to participate in a joint Cornell University, University of Texas at Austin, Computing Community Consortium (CCC), and National Science Foundation (NSF) workshop dedicated to discussing the research opportunities that this new class of distributed system enables. The workshop was centered around six big topic areas: pervasive systems, traditional distributed systems, software-defined networks, security, uncertainty, and analytics. Participants were instructed not to talk about their current ongoing projects but to delineate a forward-looking research agenda. Presentations and panelists touched on a diverse set of issues, from expanding the notion of scalability beyond the usual axes of performance and size so it includes scale across the planet’s cultural and income divides, to the implications of designing systems where humans are in the loop to an unprecedented degree.

The chance of unleashing a new wave of creativity by making extensible distributed systems easily programmable by non-specialists was palpable—and so were the challenges that stand in the way of that vision: programming abstractions that make it easy to compose modules to create richer applications; architectures that make mere humans able to manage and maintain the applications and the systems they run upon; tools that can be used to assess the safety and security of applications that interact with the physical world (would you download to your intelligent car an app that claims to make your auto-pilot feature more fuel efficient?).

A particularly engaging and stimulating feature of the workshop were the two “I have a Crazy Idea” sessions, which offered participants the opportunity to put forward five-minute pitches for truly radical visions of the future of distributed systems.

The presentations from the workshop panels and plenary talks will be posted on the workshop website in the coming weeks. A workshop report will be forthcoming and shared widely with the community. 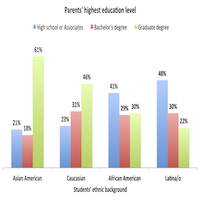 NSF CISE CAREER Proposal Writing Workshop
Scroll to top
We use cookies to understand how you use our site and to improve your experience. By continuing to use our site, you accept our use of cookies.Accept Read More
Disclaimer
Privacy Overview