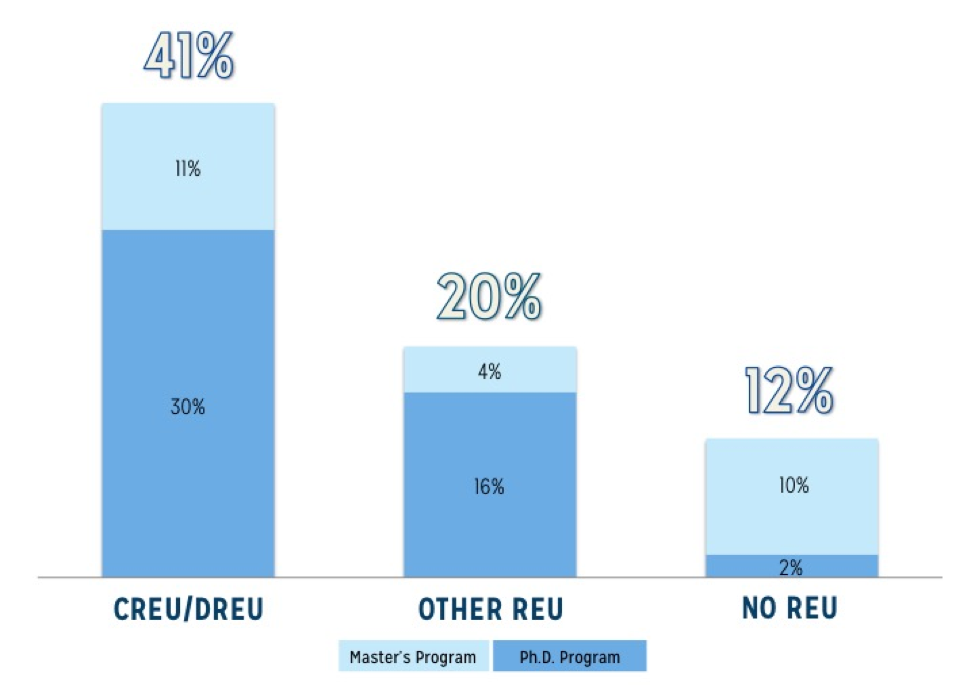 During their final year in college, a sample of undergraduate computing majors completed CERP’s annual survey for graduating students. The sample contained past participants of the CRA-W/CDC Alliance’s Collaborative Research Experiences for Undergraduates (CREU) and Distributed Research Experiences for Undergraduates (DREU), students who had completed other REUs, and students who had never completed an REU. CREU/DREU participants were significantly more likely to report plans to attend a graduate program in computing in the upcoming fall, compared to students who had completed a different REU or no REU during college, p < .05.  CREU/DREU students were also more likely to report that they were entering a Ph.D. program, compared to students with other REU experiences, or no REU experience, p < .05.

Notes. REU: Research Experience for Undergraduates. This analysis examines survey data collected during spring semesters of 2011 through 2015 from a sample of undergraduate computing students during the final semester of their college career, including students who had participated in CRA-W/CDC REUs (CREU and DREU). Students were grouped based on prior participation in undergraduate research programs: CREU/DREU (n = 98), Other REU program(s) (n = 164), or No REU (n = 261). Students in the latter two groups were matched to CREU/DREU students based on their background characteristics using nearest neighbor 1-to-1 propensity score matching ensuring comparability across groups; matched samples of n = 98 per group resulted in a total of N = 196 for final analyses. The differences between the CREU/DREU students and each of the other comparison groups reported above were significantly different, p < .05, based on chi-squared tests. 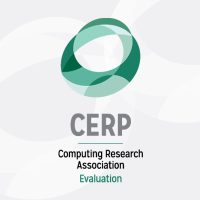 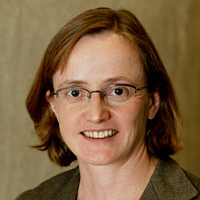 CS in DC: Margaret Martonosi, Jefferson Science Fellow, U.S. Department of ...
Scroll to top
We use cookies to understand how you use our site and to improve your experience. By continuing to use our site, you accept our use of cookies.Accept Read More
Disclaimer
Privacy Overview