As computing departments across the U.S. wrestle with increased enrollment, it is important to recognize that not everyone who becomes a computing major stays a computing major. In 2014, CERP collected data from a cohort of U.S. undergraduate students who agreed to be contacted for follow-up surveys in 2015. While most of the students surveyed remained computing majors (96%), some students changed to a non-computing major. As shown in the graphic above, students in our sample moved to a variety of majors, and the type of new major tended to differ by gender. Most men (69%) who left a computing major switched to engineering, math/statistics, or physical science majors. On the other hand, most women (53%) tended to move to social sciences, or humanities/arts. These data are consistent with existing social science research indicating women tend to choose fields that have clear social applications, such as the social sciences, arts, and humanities. CERP’s future analyses will explore why women, versus men, say they are leaving computing for other fields.

Note this summary of longitudinal survey data is suggestive and is intended to spur further empirical investigation. Given our sample size, we did not run inferential statistics and do not claim the gender differences are significantly different. As such, the findings reported here should be interpreted with caution.

This infographic is brought to you by the CRA’s Center for Evaluating the Research Pipeline (CERP). CERP provides social science research and comparative evaluation for the computing community. To learn more about CERP, visit our website at https://cra.org/cerp/. 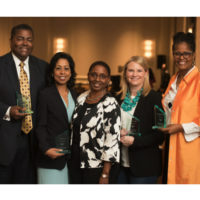 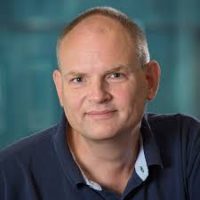 It’s Not About the Money: Optimizing Academic-Industrial Partnerships
Scroll to top
We use cookies to understand how you use our site and to improve your experience. By continuing to use our site, you accept our use of cookies.Accept Read More
Disclaimer
Privacy Overview