The following is a blog post by Computing Community Consortium (CCC) Council Member and contributor to the Robotics Roadmaps Maja Matarić.

In 2009, the CCC published a report, A Roadmap for US Robotics, From Internet to Robotics (a.k.a. the Robotics Roadmap), which explored the capacity of robotics to act as a key economic enabler, specifically in the areas of manufacturing, healthcare, and the service industry, 5, 10, and 15 years into the future.

An updated version of the Robotics Roadmap was released in November 2016; it expands on the topics discussed in the 2009 roadmap and addresses the areas of public safety, earth science, and workforce development. It also emphasizes robotics as a validated STEM education and career recruitment tool and calls for additional research in this promising area. This direction is particularly important as it not only aids in training the 21st century workforce, but also helps to address concerns about job loss to automation.

You can read the full 2016 Roadmap here.

“This solicitation significantly extends the scope and aims of the original National Robotics Initiative (NRI) program, which was focused on collaborative robots (co-robots). In particular, the NRI-2.0 program expands the co-robot theme in terms of the scale and variety of collaborative interactions that are the focus of this program – important new themes of the NRI-2.0 program include collaborative teams of humans and robots, easily customized and personalized robots, and infrastructure to lower the barriers to entry into the field of co-robots.”

NRI 2.0 has broader inter-agency support than the original NRI. It includes NSF, DARPA, NASA, and the Department of Agriculture.   This expansion of federal agency participation further strengthens the pipeline from basic research to transition to deployment and use.

The CCC also released a white paper earlier this year, titled Next Generation Robotics, which examines the past five years of the NRI and provides recommendations for the future. 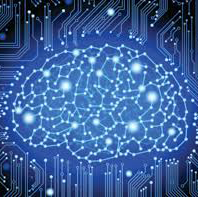 Thank You Data Buddies!
Scroll to top
We use cookies to understand how you use our site and to improve your experience. By continuing to use our site, you accept our use of cookies.Accept Read More
Disclaimer
Privacy Overview