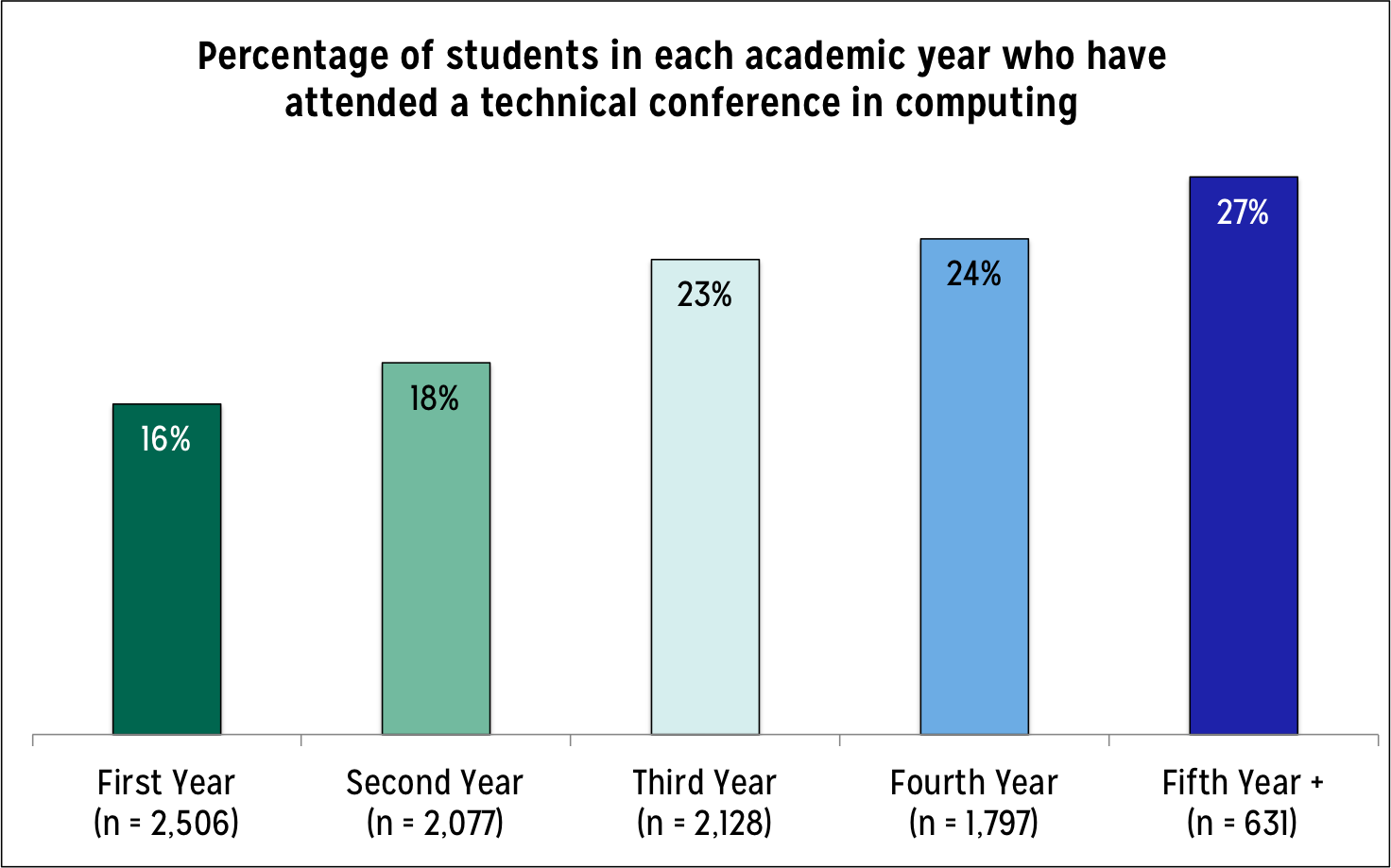 Using Data Buddies data, CERP measured student participation in technical computing conferences as a function of their academic year. Analyses revealed that first year and second year students were proportionally less likely to attend a technical conference in computing compared to their upper-division peers, p < 0.05. This finding is not surprising, as first and second year students are early in their major coursework and may not yet have engaged in research activities. However, these reasons should not be deterrents to faculty deciding which students to take to conferences. In a recent ACM Inroads article, Janet Davis of Whitman College and Christine Alvarado of the University of California San Diego argue that undergraduate students can gain exposure to real-world contexts, research innovations, and opportunities to broaden their professional network in the field of computing through attending conferences. This suggests conference participation may increase student engagement in computing research, which in turn may help retain these students in computing, particularly among first and second year students. It will be important for faculty members to mentor lower-division students preparing for their first conference so that these students feel comfortable interacting with their peers and the broader community, and get the most out of attending these conferences.

This analysis is brought to you by the CRA’s Center for Evaluating the Research Pipeline (CERP). CERP provides social science research and comparative evaluation for the computing community. To learn more about CERP, visit our website and subscribe to our newsletter. 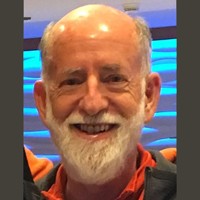 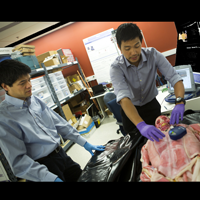 Pacemaker Recall Exposes National Need for Research and Education in Embedded...
Scroll to top
We use cookies to understand how you use our site and to improve your experience. By continuing to use our site, you accept our use of cookies.Accept Read More
Disclaimer
Privacy Overview