We are delighted to provide an update on recent leadership changes within the National Science Foundation’s (NSF) Directorate for Computer & Information Science & Engineering (CISE) over the last several months:

We also want to acknowledge Dr. S. Rao Kosaraju, who returned to Johns Hopkins University earlier this year after serving as the Division Director for CCF since January 2014.  Rao demonstrated tremendously thoughtful and effective leadership for CCF, CISE, and the broader computing research community.

While we highlight changes to our leadership team here, we want to also express that we are incredibly appreciative of all those who serve in CISE more generally!  Indeed, many of our scientific staff come from the community and are on temporary leave from their home institutions, serving through Intergovernmental Personnel Act (IPA) assignments.  These rotators help ensure important connections to the broader research community.

We invite you to get involved as well!  You can serve on panels, participate in workshops, and serve on advisory committees.  Even more, consider an IPA assignment at NSF or at another federal agency.  To learn more about the life of computing researchers in policy roles in DC, see the CRN column CS in DC.

By serving at NSF, you can help to continue NSF’s stellar track record for advancing transformative research through our investments in people, ideas, and infrastructure.  We promise it’ll be an interesting and rewarding experience! 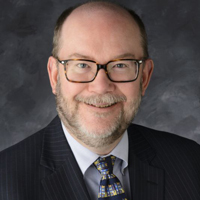 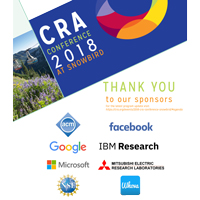 2018 CRA Conference at Snowbird Sponsors
Scroll to top
We use cookies to understand how you use our site and to improve your experience. By continuing to use our site, you accept our use of cookies.Accept Read More
Disclaimer
Privacy Overview