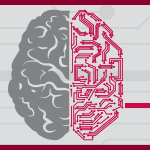 One cannot get through the day without some acknowledgment of Artificial Intelligence (AI), whether it’s something in the news or a direct interaction with an AI system. However, as acknowledged by the White House (see quotes below), there is still much basic research to be done in the area.

The Computing Community Consortium (CCC) is announcing a new initiative to create a Roadmap for Artificial Intelligence, led by Yolanda Gil (University of Southern California and President-Elect of AAAI) and Bart Selman (Cornell University). This is in support of the Administrations’ efforts in this area and will bring together academic and industrial researchers and federal agency representatives to help chart a course for needed research in AI. The plan is to hold a series of workshops in the Fall/Winter of 2018/2019, which will result in a Roadmap to be produced in the Spring of 2019. The goal of the initiative is to identify challenges, opportunities, and pitfalls, and create a compelling report that will effectively inform future federal priorities—including future AI R&D Investments, as highlighted by National Science Foundation (NSF) Director France Cordova in her monthly address. NSF Directorate for Computing and Information Science and Engineering (CISE) is supporting the initiative, and Henry Kautz, Division Director for Intelligent Information Systems (IIS) is helping to coordinate with the CCC.

From a recent FedScoop Article:

Michael Kratsios, U.S. deputy CTO and the current de facto head of the Office of Science and Technology Policy, said that while the administration is pushing for agencies to make AI a priority in their research and development spending, it also wants to partner that with the private sector and academia to help outpace competitors like China on development.

“The federal government spends about $150-plus billion a year on R&D and it’s critical that we prioritize AI as a research area,” he said. “So actually getting agencies to be allocating dollars towards a specific research area is a little trickier than you would imagine. The best to do that is you have to send very strong signaling from the White House to agencies that they should be thinking or prioritizing AI.”

But while the private sector can drive breakthroughs on the application side of R&D, Kratsios added that the federal government has to be the leader in promoting basic research into the core concepts behind AI technology by leveraging its national labs and providing research funding to the nation’s colleges and universities.

“Our greatest inventions don’t happen because the president or an agency, by edict, decide that we shall do this. It is a collaborative, creative, free and open environment for scientific discovery,” he said. “You kind of see this zig-zag of progress through technology. It’s done through the creative, innovative spirit of America, rather than this top-down, heavy-handed industrial approach. For us, that’s what we are kind of doubling down on.”

From the Readout From the Inaugural Meeting of the Select Committee on Artificial Intelligence:

The Select Committee was established under the National Science and Technology Council (NSTC) and is comprised of the most senior research and development (R&D) officials in the Federal Government.

At the meeting, the Select Committee discussed policies to prioritize AI research, better leverage Federal data and computing resources for the AI research community, and train the next generation of American AI researchers. The Select Committee discussed its overall scope and the ways it would work with and provide guidance to other AI-focused groups within the NSTC, such as the Subcommittee on Machine Learning and Artificial Intelligence, and the newly established AI Interagency Working Group of the Networking and Information Technology Research and Development Program.

At the conclusion of the meeting, the co-chairs of the Select Committee issued the following joint statement: Artificial intelligence has tremendous potential to benefit the American people, and continued U.S. leadership in AI is critical to our national security and economic competitiveness. Advances in AI are rapidly transforming nearly all aspects of our economic and occupational landscape, including how we navigate around our cities, manufacture goods and services, grow and distribute our food, respond to disasters and emergencies, conduct financial transactions, treat and prevent disease, and keep our nation safe. Delivering these benefits will require sustained Federal investment in AI research and a continued pipeline of technical talent. Over the coming months, our Select Committee looks forward to working with the broader AI research community to ensure that the United States remains the global leader in artificial intelligence.

The CCC is very excited to be a part of this initiative and is looking forward to working with all the different sectors to build a Roadmap for AI.  If you are interested in being involved in this initiative, please subscribe here for announcements.

This effort is similar to one of the CCC’s first activities, the Robotics Roadmap, which helped to launch the National Robotics Initiative in 2011 and the subsequent 2016 Robotics Roadmap and NRI 2.0. 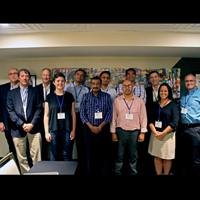 Computing Researchers Visit D.C. to Make the Case for Computing
Scroll to top
We use cookies to understand how you use our site and to improve your experience. By continuing to use our site, you accept our use of cookies.Accept Read More
Disclaimer
Privacy Overview