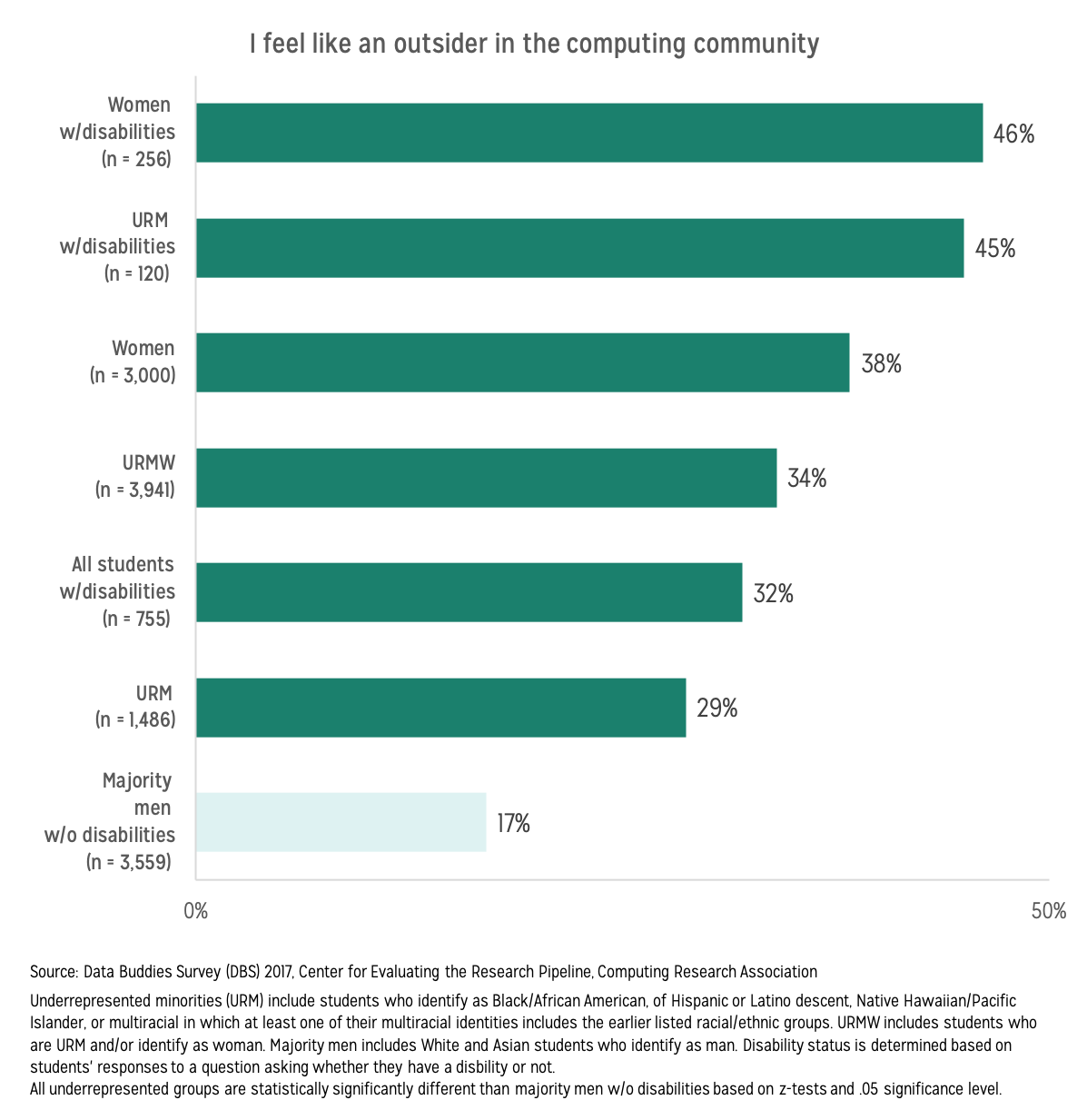 Underrepresented students in computing may find themselves isolated and feel like they don’t belong in their field. This graphic shows the percentage of undergraduate students who reported feeling like an outsider in computing by their gender, race/ethnicity, and/or disability status. Significantly higher percentages of underrepresented students (29% and above) reported feeling like an outsider in computing than majority men with no disabilities (17%). This lack of a sense of belonging was highest among the students with disabilities who are women or racial/ethnic minorities (45-46%).

Notes: The survey data used in this chart were collected during the fall 2017 by CERP via the Data Buddies Project. The sample includes 9,591 undergraduate students majoring in a computing field. Students were asked to rate their level of agreement with the statement “I feel like an outsider in computing” on a scale of strongly disagree (1) to strongly agree (5). The graphic shows percentage of students who agree or strongly agree with this statement.

Underrepresented minorities include students who identify as Black/African American, of Hispanic or Latino descent, Native Hawaiian/Pacific Islander, or multiracial in which at least one of their multiracial identities includes the earlier listed racial/ethnic groups. URMW includes students who are URM and/or identify as woman. Majority men includes White and Asian students who identify as man. Disability status is determined based on students’ responses to a question asking whether they have a disability or not. Further intersections of the identity groups presented here were omitted due to shrinking sample sizes, which reduces the reliability of the results.

All underrepresented groups are statistically significantly different than majority men w/o disabilities based on z-tests and .05 significance level. 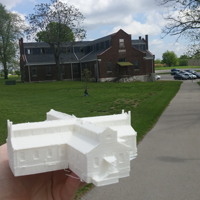 Interdisciplinary Research Challenges in Computer Systems (NSF Workshop Rep...
Scroll to top
We use cookies to understand how you use our site and to improve your experience. By continuing to use our site, you accept our use of cookies.Accept Read More
Disclaimer
Privacy Overview