This article is published in the April 2019 issue. 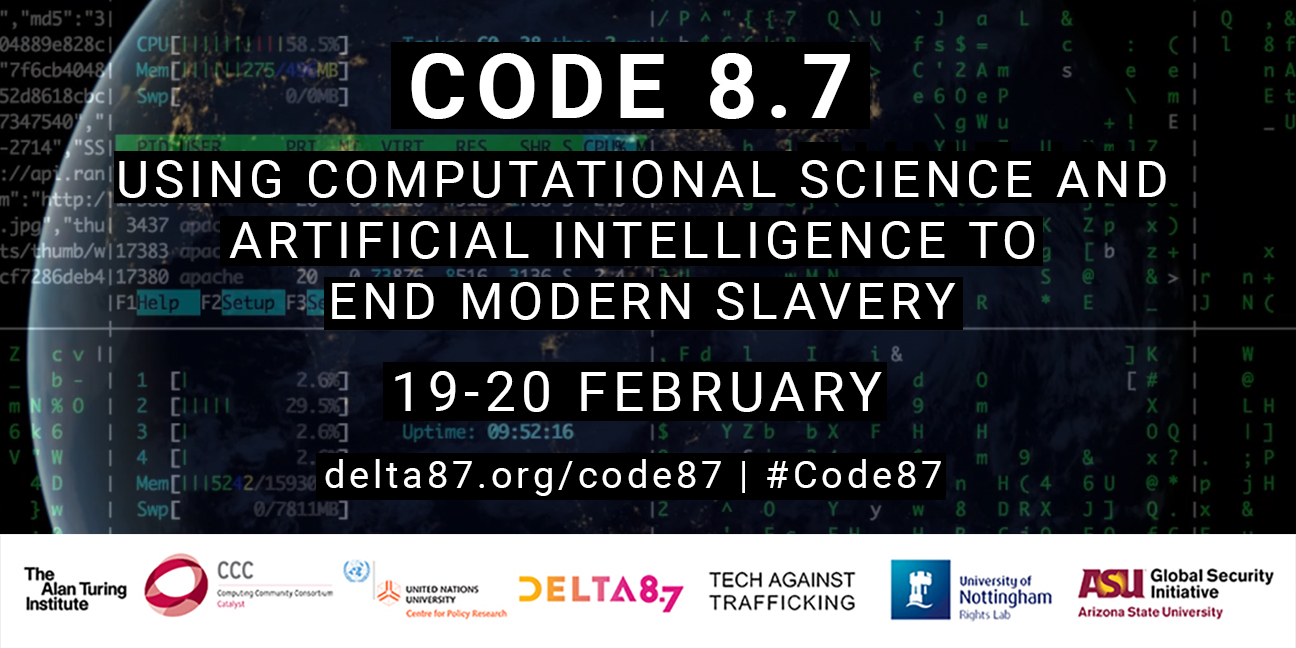 Code 8.7 brought together computer science researchers and technologists with policy researchers, law enforcement officials, and activists involved in the fight against human trafficking. Code 8.7 was named after Target 8.7 of the Sustainable Development Goals. With Target 8.7, 193 countries agreed to take immediate and effective measures to end forced labor, modern slavery, and human trafficking by 2030, and the worst forms of child labor by 2025. Code 8.7 is an international collaboration that seeks to effect change across the globe.

Among the work showcased was an analysis done by Kevin Bales on the type of language used by survivors of trafficking. He found that survivors rarely use the future tense; instead their language focuses on the past suggesting an “atemporality and aspatiality of the lived experience of slavery.” Survivors also rarely use the pronoun ‘I’, replacing it with ‘me’, indicated the view of the self as an object, not a subject.

The rest of day one was split into parallel “hothouse” sessions, with small panels that addressed potential opportunities within human trafficking that computational science could address, like vulnerability mapping and modeling, mining government data, and detecting slavery from space. CCC Council Member Nadya Bliss (Arizona State) was the moderator of one such hothouse on Using ICT (Information and communications technology) to find hidden populations. Topics discussed included what indicators are there that someone is being sex trafficked versus being a willing adult participant; approaches to sentinel surveillance, a concept taken from epidemiology to more actively track certain trends; and the DARPA Memex project that was developed to combat human trafficking through advanced online search capabilities.

Day two of the conference was focused around current challenges in the space. After a recap of the previous day’s hothouses there were three plenary discussions:

This initial meeting was a great convening of many stakeholders who can make a difference to end modern slavery. The CCC is continuing to work with Code 8.7 to develop a research agenda that will help to have a major impact on combating modern slavery.

Learn more about Code 8.7 and the fight against human trafficking on the Delta 8.7 webpage. Video from the entire conference is available for streaming at the links below:

See this podcast episode about Code 8.7 and stay tuned to the CCC blog for future work in this area. 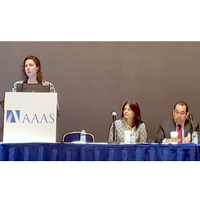 Thank you, Data Buddies!
Scroll to top
We use cookies to understand how you use our site and to improve your experience. By continuing to use our site, you accept our use of cookies.Accept Read More
Disclaimer
Privacy Overview