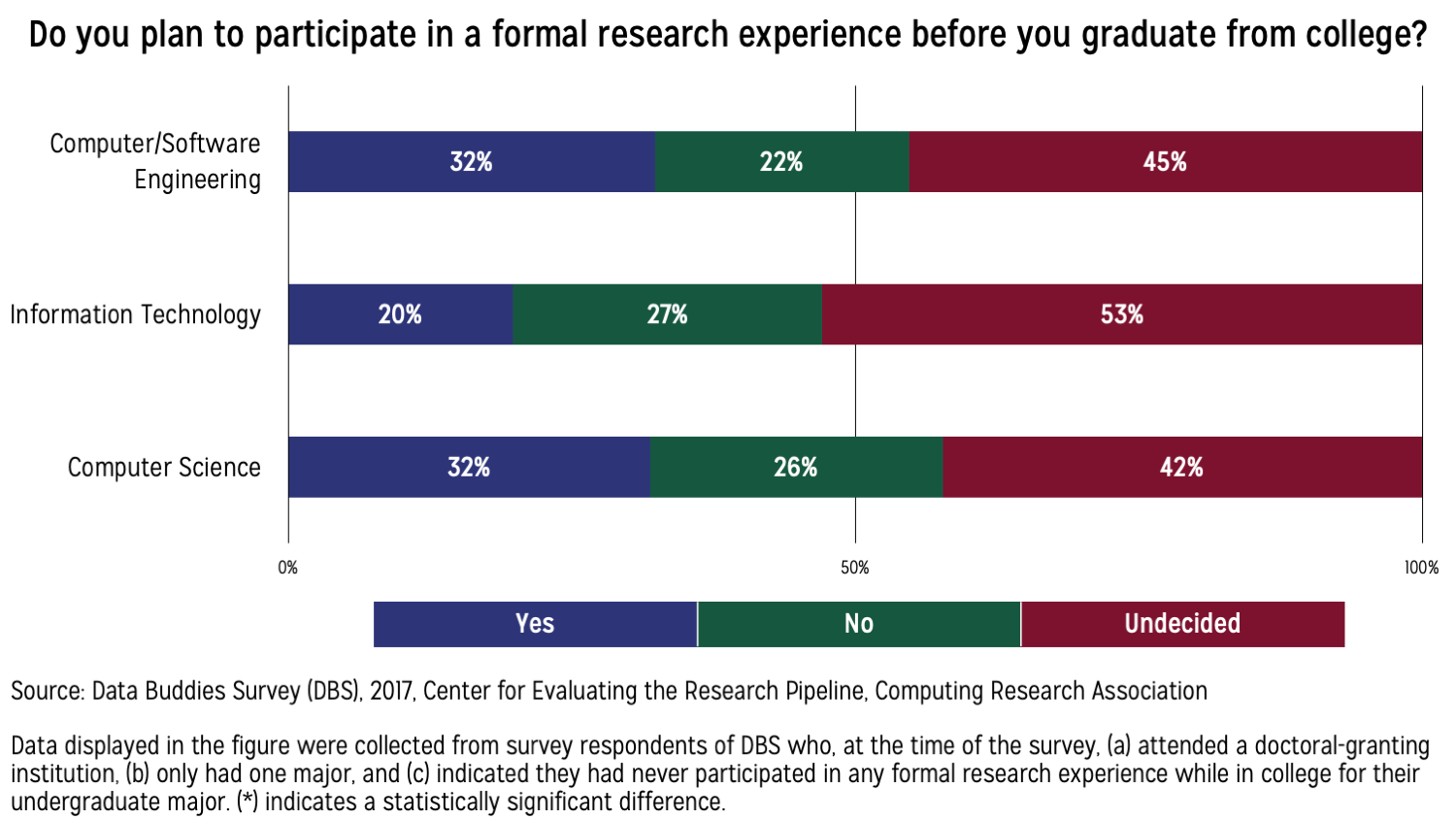 During the 2017 fall semester, undergraduate students majoring in computer science (CS), information technology (IT), and computer/software engineering (CSE) were asked the following question, which included a brief definition of formal research experiences for undergraduate students (REUs): “During your undergraduate career to date, have you participated in any formal research experiences?” Among those who had never participated in an REU, 32% of CS and CSE students planned to participate in an REU in the future. This is compared to 20% of IT majors, who were statistically significantly less likely than both majors to have plans to do so. There were no differences among the three majors who had no plans to participate in an REU or were undecided about it.

These findings are important, because extensive evidence suggests REUs make a positive impact on undergraduate students’ academic engagement and persistence. Academic departments should consider the ways in which REUs available to students are promoted within the department and help students understand how to get involved. While some REU programs may be limited to specific majors, many REU programs are open to all relevant majors, like the CRA-W DREU program.

Notes:
The survey data analyzed for this infographic were collected by Center for Evaluating the Research Pipeline via The Data Buddies Project. The sample includes 3,937 CS majors, 121 IT majors, and 294 CSE majors who only had one declared major, attended a doctoral-granting institution, and indicated they had never participated in any formal REUs while in college at the time of the survey. CS, IT, and CSE majors were compared using a z-test and Bonferroni-corrected p values.