This article is published in the October 2020 issue. 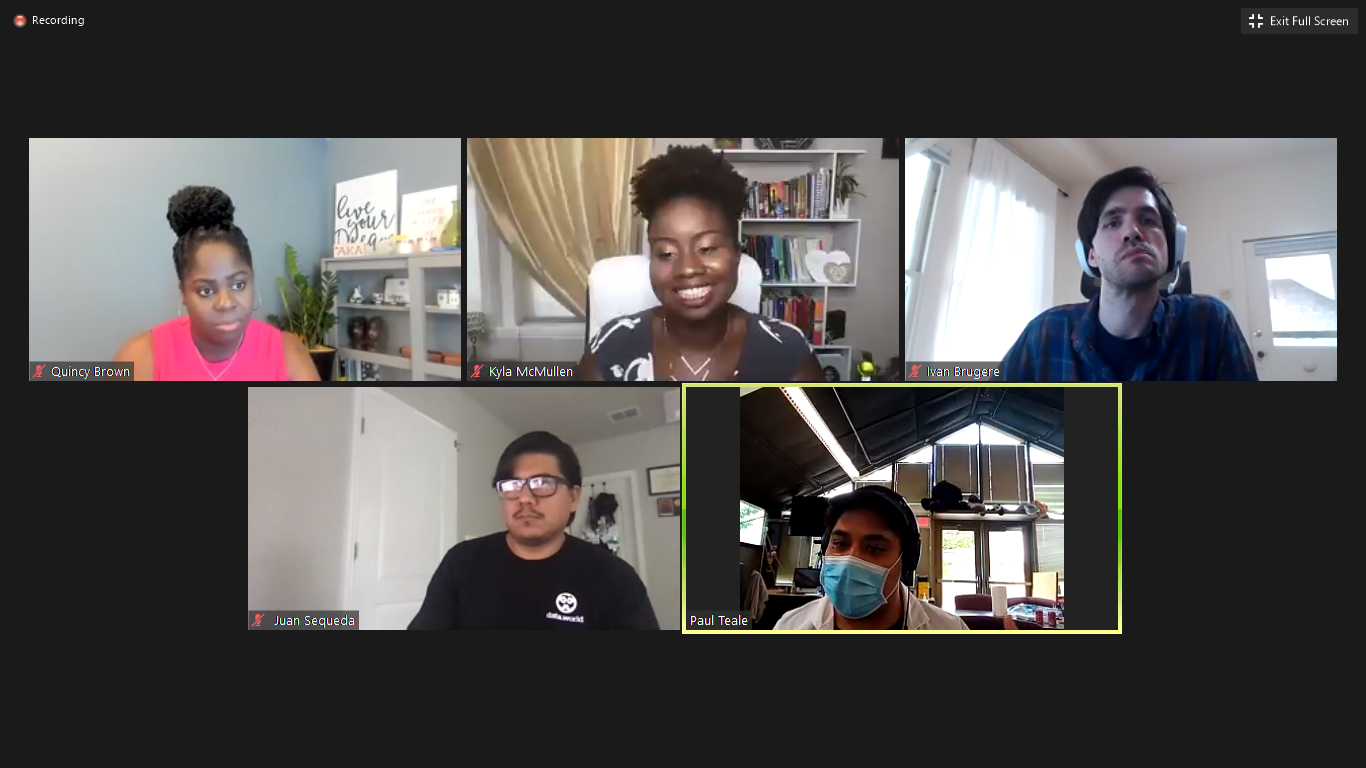 The 2020 ACM Richard Tapia Celebration of Diversity in Computing conference celebrated the technical contributions and career interests of diverse people in computing fields. The conference’s goal is to help all attendees — especially students —build vital connections that will serve them well both professionally and personally. The conference aims to provide an educational and supportive networking environment for underrepresented groups across the broad range of computing and information technology, from science to business to the arts to infrastructure. The Tapia 2020 conference theme, Inclusion Drives Innovation, highlighted the critical role that diverse perspectives play in driving innovations in computing and technology. Creating teams, organizations, and societies that are inclusive and respectful of differences leads to greater innovations that benefit the world.

This year, for the first time, the Tapia conference was held virtually.  The virtual conference hosted over 3600 registered attendees from September 16-18th, 2020.   Tapia 2020 began with its preconference Student Professional Development Workshop with panelists presenting key strategies for resume writing and doing a virtual job interview.

The opening Fireside Chat was titled, “The Deep Learning Revolution and Why We Need Your Help,” and featured speakers Jeff Dean of Google, Navdeep Jaitly of D.E. Shaw Group, Aine Shivnan of Qualcomm and Beata Shahriari of JP Morgan Chase. The first day’s Plenary Speaker talk by Nashlie Sephus, the Applied Science manager for Amazon’s Artificial Intelligence (AI), focusing on fairness and identifying biases in the technologies, was titled “Bias in AI, Why Should I Care?” The Thursday morning plenary panel was titled “Tapia Student Attendees, Now Early Career Professionals.”  The panel featured past student attendees of the Tapia conference including Ivan Brugere from the University of Chicago, Juan Sequeda, the Principal Scientist of data.world, Kyla McMullen, an Assistant Professor at the University of Florida and Paul Taele, Instructional Assistant Professor at Texas A&M University (TAMU)’s Department of Computer Science and Engineering, and the Assistant Lab Director of the Sketch Recognition Lab at TAMU. The Ken Kennedy Lecture, “How Digital Technology Will Shape the Future of Business,” was presented by Colin Parris, Senior Vice President and Chief Technology Officer, GE Digital. 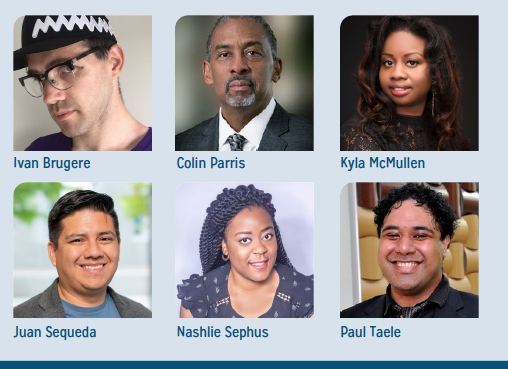 The conference featured over seventy panels, workshops, technical talks, and birds of a feather sessions.   Birds of a Feather sessions at the Tapia Conference provide an informal, town-hall-like forum for the discussion of technical or social issues among interested parties and they provide a venue for communities (existing or dynamically organized) to network, leading to potential collaborations.  Tapia 2020  Birds of a Feather sessions included, “Hispanics in Computing,” “Students Voices: Pandemic, Social Justice, Virtual Learning and Self Care,” “Diversity includes Disability,” “A new class of teaching faculty: No PhD required,” and “On Being the First or the Only: Overcoming Isolation and Sharing Techniques to Cope and Thrive in Any Environment.” 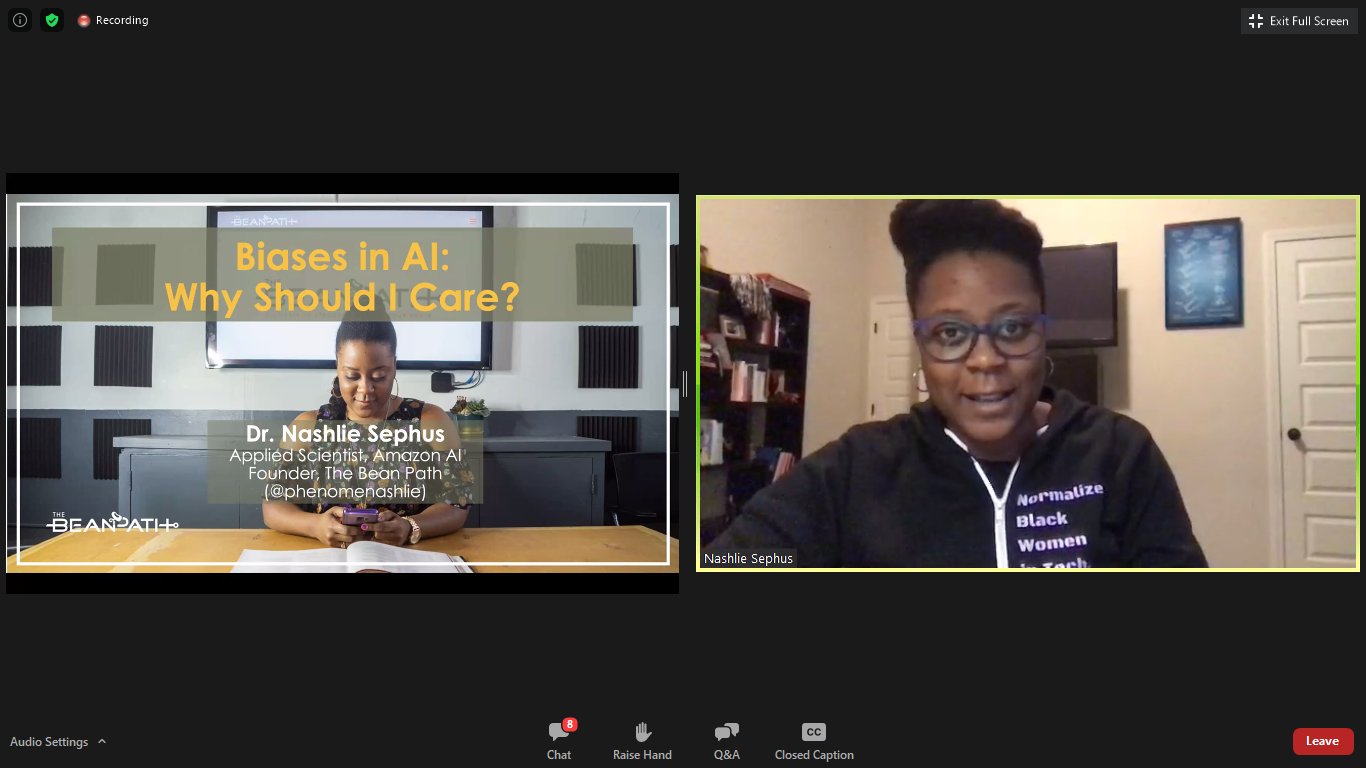 Plenary talk by Nashlie Sephus,“Bias in AI, Why Should I Care?”

The session was followed with Five Year Journey of the CMD-IT University Award for Retention of Minorities and Students with Disabilities in Computer Science where representatives of the three previous University Award winners Georgia Institute of Technology, University of North Carolina Charlotte and University of Texas El Paso presented updates on their retention strategies and programs.

The Tapia Conference concluded with its annual Awards Ceremony.  Awards were distributed for the Best Doctoral Consortium Presentation and the graduate and undergraduate Tapia and ACM Student Research Competition Poster award winners.  Over 80 students participated in the Poster sessions.  Students created videos of their poster presentations and answered judges’ and attendees’ questions via chat.  The Awards Ceremony concluded with the presentation of  the Richard A. Tapia Achievement Award for Scientific Scholarship, Civic Science and Diversifying Computing. 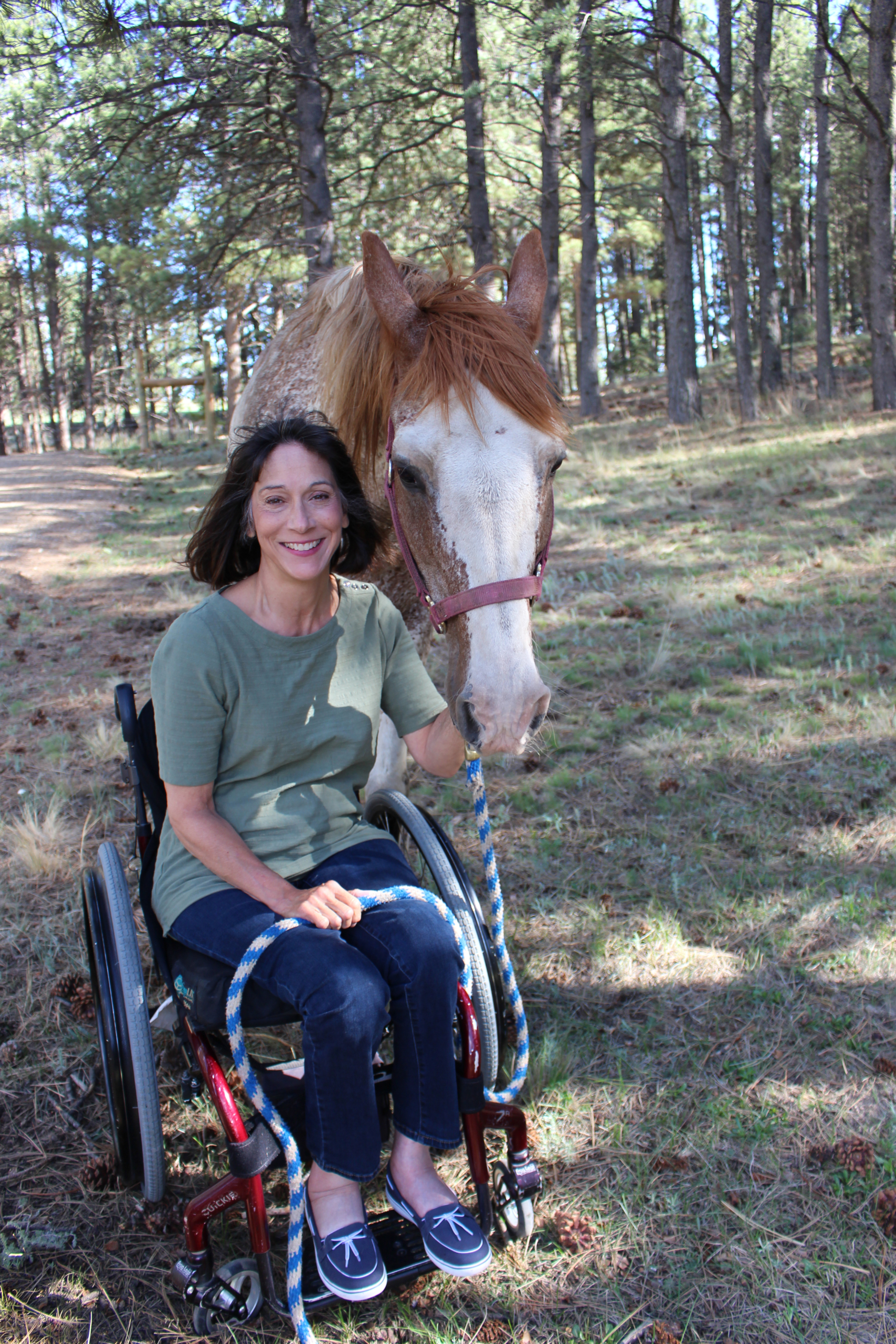 The Tapia Award recipient was Dr. Jeanine Cook, a Principal Member of Technical Staff at Sandia National Laboratories in Albuquerque, New Mexico, in the Scalable Architectures department at the Computer Science Research Institute.  The Richard A. Tapia Award is given annually to an individual who is a distinguished computational or computer scientist or computer engineer and who is making significant contributions to civic areas such as teaching, mentoring, advising, and building and serving communities. The individual is also one who demonstrates extraordinary leadership in increasing the participation of groups who are underrepresented in the sciences.  She is a leading researcher in the fields of High-Performance Computing, performance characterization and modeling, hardware accelerator technologies, and large-scale system monitoring and data analytics. In addition, she has focused on diversity issues in computer science. She also mentored numerous PhD and Masters Students while a professor.  Jeanine Cook’s advice to students in her acceptance speech was “Let adversity be your friend.  Look at it as a challenge not as something that will beat you down.  Adversity does build character if you let it.  And life is not going to be easy.  There are going to be a lot of challenges and bad things.  A lot of good things, too.  But I think the key to life is perseverance.  And really make those good choices during those hard times.”

The conference ended with the words of Dr. Richard A. Tapia, Director of the Center for Excellence and Equity in Education, Rice University, who encouraged all of the students to embrace and defend science.

Jerri Barrett is the Director of Social Media for the Center for Minorities and People with Disabilities in IT (CMD-IT). Prior to CMD-IT Jerri was the VP of Outreach for the SENS Research Foundation, and VP of Marketing for the Anita Borg Institute. Before that Jerri spent 20 years in high tech and telecommunications marketing for companies such as Rochester Telephone, Glenayre Technologies, Nortel Networks and HighWired. Jerri earned a Bachelor’s degree from Mount Holyoke College and an MBA from the William E. Simon School of Business Administration.