This article is published in the January 2021 issue.

Congratulations to the recipients of the 2021 Outstanding Undergraduate Researcher Award. This year’s nominees are a very impressive group. A number of them were commended for making significant contributions to more than one research project, several are authors or coauthors on multiple papers, others have been involved in the development of software and apps.

University of California, Berkeley
Steven Cao is a senior at University of California, Berkeley where he is pursuing a degree in Electrical Engineering and Computer Science.  He has broad research interests and experiences spanning artificial intelligence, natural language processing, signals, and neuroscience.  In one natural language project, Steven developed new methods in syntactic parsing while in another project he contributed to the development and testing of new methods to provide more accurate translations between languages.  Stephen has also worked on developing new and provably correct blockchain protocols and on several projects related to medical imaging.  He is a co-author of seven papers, including first authorship on papers at EMNLP, Proceedings of IEEE Blockchain, and ICLR.  He has served as a teaching assistant for two courses and as a research mentor in the Berkeley Natural Language Processing group.

University of Washington
Joy He-Yueya is a senior computer science major at the University of Washington.  She has engaged in a number of research projects related to health and education.  In one project, she collaborated with computer scientists and medical researchers to assess the relationship between routine and schizophrenia symptoms using passively sensed measures of behavioral stability.  This work led to a first-authored paper in the journal NPJ Schizophrenia.  Joy also made important contributions to a project at the Max Planck Institute for Software Systems on generating personalized curricula for students learning to code using methods in reinforcement learning. She has also worked with researchers at Giving Tech Labs on developing methods to find relationships between voice and emotions and between voice and aging.  Joy has served as a teaching assistant for two courses at the University of Washington and has been involved in several volunteer projects including leading workshops to help undergraduates get involved in research.

Harvey Mudd College
Lindsay Popowski is a senior at Harvey Mudd College where she is completing the Joint Major in Computer Science and Mathematics.  She has participated in several research projects in robotics and artificial intelligence, human-computer interaction, and computer science education.  In one project on human-robot interaction, she worked on scheduling methods for scenarios where there are high degrees of scheduling uncertainty.  In another project at an REU program at Carnegie Mellon University, Lindsay made significant contributions to the development of new machine learning techniques for generating vector representations of GUI screens of mobile apps, enabling potential applications such as GUI design aids.  In a third project, she worked on a study of learning outcomes and effect of students placed into various different versions of an introductory college-level computing course.  Lindsay is the primary author of a paper at AAAI, a co-author of a paper in the Artificial Intelligence Journal, and a paper at SIGCSE.  She has served as a teaching assistant and grader for computer science and physics courses at Harvey Mudd and was president of her dormitory.

Brigham Young University
Orion Weller is a senior at Brigham Young University (BYU) where he is completing two majors:  Computer Science and Statistics.  His research experiences and interests span natural language processing, data mining, and human-computer interaction.  In his first research project at BYU, he developed a distributed system for meta-learning experiments.  Orion initiated two projects, one on humor detection and another on document reading level, using methods in natural language processing.  He has also engaged in research at both the Allen Institute and Apple.  At the Allen Institute, he worked on a framework for general-purpose language understanding using techniques in machine learning and natural language processing. Orion is the first author of seven papers at venues including ACL and EMNLP.  He has engaged in volunteer work and as a mentor and tutor for both high school students and younger classmates at BYU.

Princeton University
Henry Birge-Lee is a senior at Princeton University where he is majoring in Computer Science.  He has made fundamental contributions to several research projects in the area of computer security.  In particular, his work has examined the security of Internet services from the perspective of attacks on the underlying network infrastructure.  Henry discovered a potential routing-protocol attack that is easy to launch but difficult to detect.  His work on estimating vulnerability of such attacks and his proposed countermeasures resulted in a best presentation award at HotPETs and a second paper at USENIX Security.  Several certificate authorities and content distribution networks have deployed Henry’s countermeasure in their production systems.  Henry is the co-author of several papers in computer security as well as a paper on plasma physics in the American Journal of Physics.

University of Washington
Ximing Gloria Lu is a senior at the University of Washington where she is completing two majors, one in Computer Science and one in Statistics.  She has conducted and led several research projects in the areas of medical imaging, neural language models, among others.  In one project, Ximing worked on a transformer-based deep learning approach for diagnosing cancer from whole slide biopsy images.  Ximing led two other projects, one on injecting logical constraints into neural text generation models and another on a new class of multimodal neural networks that outperform substantially larger neural networks from industry labs.  She contributed to another project that proposed a novel decoding algorithm for paraphrasing and text in-filling. Her work has resulted in multiple publications.  Ximing has also been involved in a variety of mentoring activities serving traditionally underrepresented students in computer science and newly admitted students in her department.

University of Illinois at Urbana-Champaign
Reed Oei is a senior at the University of Illinois at Urbana-Champaign (UIUC) where he is completing a BS in Computer Science.  He has engaged in research in a variety of areas including software testing, programming languages for blockchain, and automatic theorem proving.  Reed made fundamental contributions to the detection of “flaky tests,” software tests which can non-deterministically pass or fail.  Reed and his collaborators proposed new methods to detect flaky tests and he developed a tool that implements these methods.  In other related projects, he worked on automatically fixing flaky tests and mitigating flaky tests.  He also worked on a project through an REU program at Carnegie Mellon University where he made important contributions to smart contract programming languages.  Reed’s research has resulted in seven papers, including two first-authored papers at PADL and SPLASH.  He has served as a member of the course staff for a software design course and led workshops on various topics for his peers at UIUC.

Massachusetts Institute of Technology
Dhruv Rohatgi is a senior at Massachusetts Institute of Technology where he is completing the major in Mathematics with Computer Science.  His research has explored a number of problems in algorithms with applications in computer vision, machine learning, among others.  In one project, Dhruv proved the hardness of approximating the so-called Earth Mover Distance problem, resulting in a sole-authored paper in the APPROX conference.  In another project, he developed algorithms and proved lower bounds for online caching with machine-learned advice, resulting in a single-authored paper at SODA.  In yet another project, Dhruv studied provable guarantees for efficient compressed sensing, resulting in a spotlighted co-authored paper at NeurIPS.  He has served as coordinator, problem-writer, and coach for the USA Computing Olympiad.

University of California, Berkeley
Stephen Tian is a senior at University of California, Berkeley where he is completing a major in Electrical Engineering and Computer Science.  He has conducted research in robotics and artificial intelligence at Berkeley and at Facebook AI Research.  Stephen’s research spans the design and construction of novel robotic tactile sensors, machine learning and computer vision methods, and the development of new reinforcement learning algorithms.  In one project, he demonstrated how a robotic finger with a touch sensor could perform myriad tasks using the same reinforcement learning algorithm.  In another research project, Stephen proposed a novel algorithm for allowing a robot to achieve a variety of goals indicated as goal images.  He has co-authored several papers at venues including ICRA, ECCV, and CoRL.  Stephen has served as an undergraduate teaching assistant for a course on discrete mathematics and probability theory and volunteered for events for local high school students. 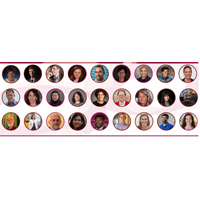