This article is published in the April 2021 issue.

Katie Siek
Katie Siek is a professor and chair of informatics at Indiana University Bloomington. Her primary research interests are in human computer interaction, health informatics, and ubiquitous computing. More specifically, she is interested in how sociotechnical interventions affect personal health and well being. Her research is supported by the National Institutes of Health, the Robert Wood Johnson Foundation, and the National Science Foundation including a five-year NSF CAREER award. She has been awarded an NCWIT Undergraduate Research Mentoring Award (2019), a CRA-W Borg Early Career Award (2012), and Scottish Informatics and Computer Science Alliance Distinguished Visiting Fellowships (2010 & 2015). Prior to returning to her alma mater, she was a professor for 7 years at the University of Colorado Boulder.  She earned her PhD and MS at Indiana University Bloomington in computer science and her BS in computer science at Eckerd College. She was a National Physical Science Consortium Fellow at Indiana University and a Ford Apprentice Scholar at Eckerd College, and is a CCC Council member. 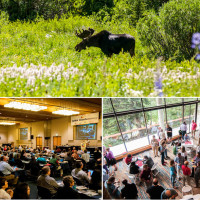 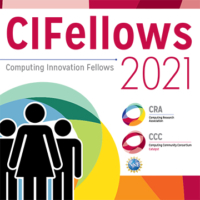 CRA/CCC Announces CIFellows 2021 Program
Scroll to top
We use cookies to understand how you use our site and to improve your experience. By continuing to use our site, you accept our use of cookies.Accept Read More
Disclaimer
Privacy Overview