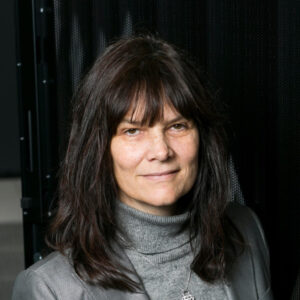 Going to DARPA as a Program Manager (PM) is a great opportunity to make a difference by creating and managing a program much bigger in scope than what an individual faculty member can do at a university. Other PMs are talented and innovative thinkers who come from a broad range of backgrounds. Exposure to them and to the range of problems DARPA is reckoning with can be eye-opening. In the following paragraphs, I describe my experiences serving as a PM to convey a sense of what the job is like and why it might be an attractive career option.

In 2017, a professional red team launched a cyberattack against a Boeing ULB helicopter. While it was in flight. With two test pilots on board. The red team, which had extensive knowledge of the system, had been given root access to a partition on the ULB’s mission-control computer. They were charged with breaking out of that partition to disrupt the operation of the helicopter.  They were not successful. This test was the culmination of DARPA’s HACMS program, which demonstrated that formal methods could be used to build practical, hard-to-hack software. The result has stood the test of time: in 2021 DARPA challenged all comers at the DEFCON Aerospace Village to wirelessly break into the open-source SMACCMcopter, also developed by HACMS researchers. None were successful.

DARPA funded the four-and-a-half-year, $80M HACMS program despite the conventional wisdom that formal methods were only relevant for toy problems because DARPA’s mission is to fund high-risk, high-reward research that takes technical risk off the table in topics of relevance to national security. Put another way, DARPA’s mission is to detect or create strategic surprise. It often funds fundamental research, not as a goal in itself, but rather as a side effect of that mission. DARPA funded HACMS because it decided formal methods offered the possibility of building more secure systems with important consequences for national security.

DARPA is structured with six technical offices with an overall annual budget of approximately $3.5B. The office most aligned with computer science and in which I served as a program manager is the Information Innovation Office, typically called “I2O.”  I2O currently focuses on challenges in AI; cyber-security; information and disinformation; and resilient, adaptable, and secure systems.

All program managers at DARPA have expiration dates on their badges, serving a maximum of six years.  This practice has consequences both for PMs and for the agency. PMs have a sense of urgency, needing to accomplish the vision that brought them to DARPA before their time expires.  DARPA avoids empire building among its PMs because no one stays long enough to build an empire.  It also means DARPA is always hiring.  The constant renewal is appropriate for an agency whose mission is creating surprise: once you have been there for a while, DARPA has likely sucked all the surprise out of you, and so it is time for a new PM with a fresh perspective.

Also consistent with DARPA’s surprise-oriented mission, DARPA is a lean, bottom-up organization. It has roughly 100 program managers who oversee the work of thousands of researchers. That organizational structure means DARPA can change focus quickly as old problems are solved and new problems become important. Program managers are responsible for proposing new programs, which means DARPA benefits from their diverse perspectives.

When starting as a PM, your primary goal is to develop a new program as quickly as possible. You likely had some idea for a new program when you interviewed. After starting, you need to refine those ideas.  A discipline many PMs follow is to develop compelling answers to the Heilmeier Catechism, which are questions originally proposed by George Heilmeier, who served as the director of DARPA from 1975-1977:

An additional question that requires an answer is “Why should DARPA get involved?” Finding data-driven answers to these questions typically requires talking to lots of people from a variety of backgrounds and disciplines, exploring what is needed and what might be possible. Once you have good answers, you draft a “program pitch” for DARPA’s “Tech Council,” which is comprised of the leaders of each of the offices as well as DARPA-wide leadership.  During the pitch, you have thirty minutes to present your case and then another thirty minutes to answer questions.  Shortly thereafter, you get feedback from DARPA: go ahead or back to the drawing board.

Once your program is approved, your goal shifts to launching the program as quickly as possible.  The first step is to draft a Broad Agency Announcement describing the program and the contributions you are looking for from “performers,” DARPA’s term for people who work on its programs. The clarity you gained in preparing the pitch is essential to draft a good BAA: it is crucially important the BAA clearly articulate the goals of the program, what you want the performers to do, and how you want them to collaborate. If you can’t explain it well, they won’t “get it” and your program will fail.  Around the time DARPA releasees the BAA, you likely host a “proposer’s day,” which gives you a chance to explain your vision to potential performers and answer questions. When the proposals come in, you evaluate them with respect to the selection criteria published in the BAA with the help of a committee comprised of expert government employees. (There are a lot of knowledgable researchers working in national labs, in military service labs, at NSA, etc., so constituting a highly qualified selection panel is not difficult.) Reviewing these proposals feels very different from reviewing NSF proposals because they represent the means by which your program will succeed or fail.

After selecting your performers and working with specialists to get them on contract, you move on to managing your program. You are responsible for actively tracking the state of the overall program and each performer’s progress via a combination of site visits, PI meetings, progress reports, teleconference calls, and a variety of other engagements depending upon the program and the performer. You are looking for connections performers might not see, places where they might need additional resources, teams that need help working together, approaches that despite initial promise are no longer worth pursuing, places where technology might be ready to transition into practice, and accomplishments you can report back to DARPA. The style of management varies from program to program and within programs depending upon the roles of individual performers.

DARPA provides first-class administrative support so that program managers can focus on creating and running their programs, not filling out paperwork. It is the best-run organization I have worked with throughout my career. Of particular help are SETAs, which is the term DARPA uses for contractors who provide “Systems Engineering and Technical Assistance.” Each PM works with a team of SETAs who have a combination of technical and administrative experience.

DARPA has a number of policies that make it easier for academics to serve as program managers. PMs can choose to work at DARPA either as a government employee or as an “IPA,” short for Intergovernmental Personnel Act, which is a mechanism by which non-profit organizations can lend their employees to the government. I was an IPA from Tufts University. Tufts paid my salary and provided my benefits, and DARPA reimbursed my institution, allowing me to keep my tenure at Tufts. In the past, DARPA required PMs to work out of its offices in Arlington, VA, but experience with Covid-19 has shown that PMs can be successful working remotely. Going forward, it is likely that PMs will only need to work from Arlington until they sell their first program.  That initial period, which varies in length between roughly one and six months, gives new PMs a chance to learn DARPA’s culture and get to know the relevant people.  IPAs can be appointed 80% time, meaning one day a week they continue working for their host institution, for example, supervising PhD students.

I enjoyed my tour as a PM at DARPA so much I’m going to return this fall to serve as Deputy Director of I2O, helping new PMs develop and manage their programs. I’d encourage you to imagine what problems you could solve with a hundred of the world’s best researchers. If you find that thought experiment intriguing, considering doing a tour at DARPA! 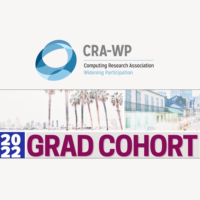 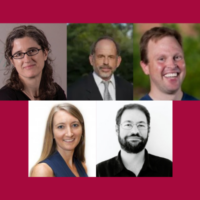 Pitch Perfect
Scroll to top
We use cookies to understand how you use our site and to improve your experience. By continuing to use our site, you accept our use of cookies.Accept Read More
Disclaimer
Privacy Overview