This article is published in the February 2022 issue.

This white paper highlights the need for evidence-based elections, which can convince people that the results of elections are accurate, and suggests several technologies that could play a role in this, mostly focused on risk-limiting audits and end-to-end verifiability.

Through a combination of RLAs and E2E-verifiable voting systems, elections could offer more evidence of their accuracy, thus instilling more trust and confidence in the election processes and outcomes. The paper highlights a variety  of open questions and possible research challenges to implementing these systems on a broad scale. The paper also briefly addresses the limitations of internet technologies in verifiable elections and other open research questions with regards to voting systems. 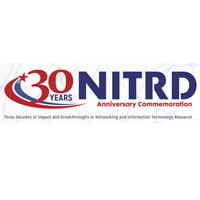 Mechanism Design for Improving Hardware Security Orientation Recap
Scroll to top
We use cookies to understand how you use our site and to improve your experience. By continuing to use our site, you accept our use of cookies.Accept Read More
Disclaimer
Privacy Overview