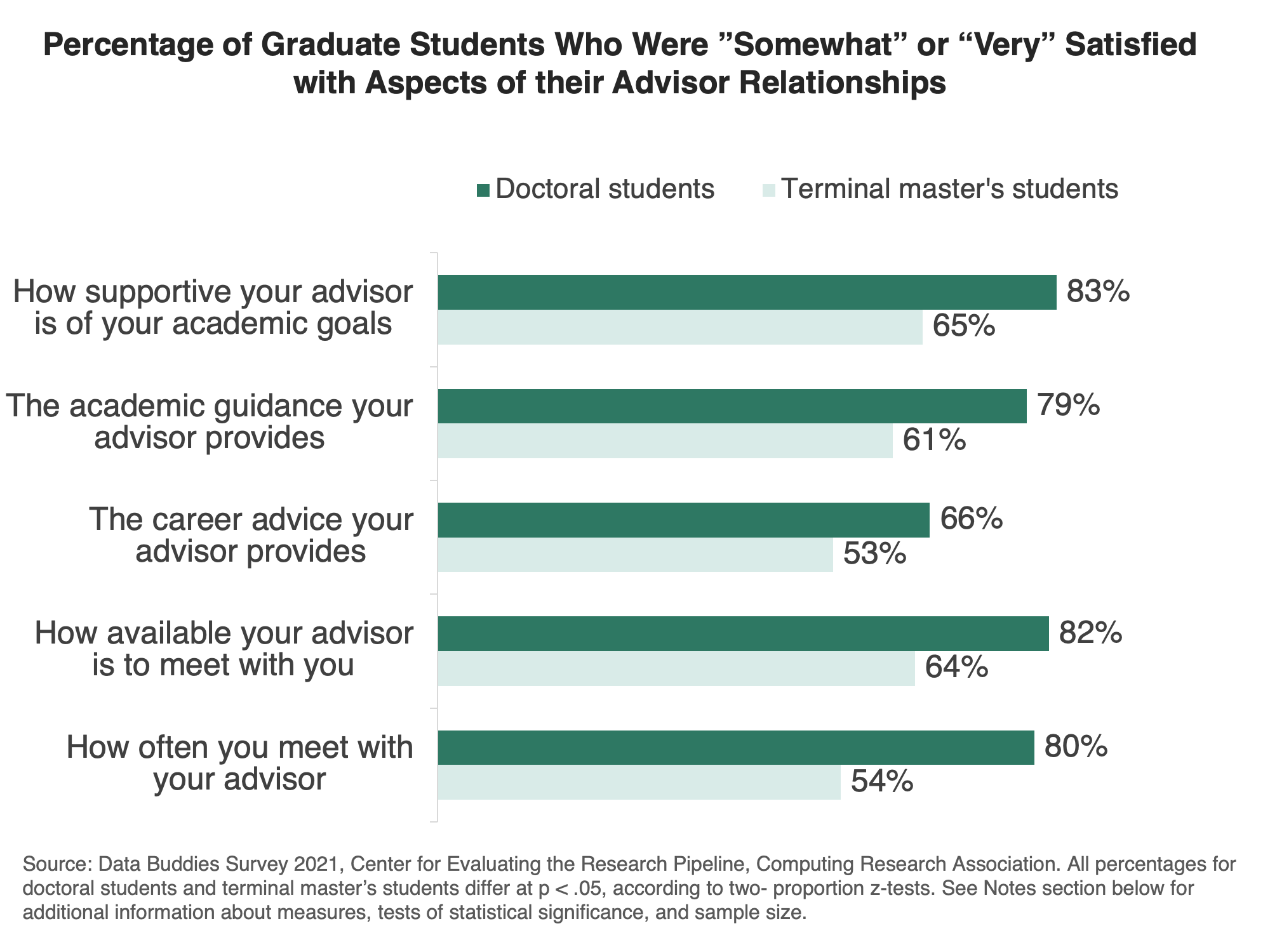 Strong advisory support is a key component of positive and productive graduate school experiences. To what extent are graduate students satisfied with different aspects of their advisor relationships, and does this differ for students in terminal master’s programs and doctoral programs?

Taken together, these results suggest a few potential areas for future exploration and targeted action. Further investigations should attempt to (1) identify why master’s students are less likely to have satisfying relationships with their advisors than doctoral students do and (2) work to address these gaps in the advisory relationship for master’s students. In addition, results point to a need for a greater understanding of all graduate students’ advisory needs related to career advising so that advisors can better support them in this area.

Notes:
The survey data analyzed for this infographic were collected by Center for Evaluating the Research Pipeline via The Data Buddies Project (2021). Graduate students who indicated they had an academic advisor were asked: “How dissatisfied or satisfied are you with the following?”, followed by the five items shown in the chart. Responses options for each item were “Very dissatisfied,” “Somewhat dissatisfied,” “Neither dissatisfied nor satisfied,” “Somewhat satisfied,” or “Very satisfied.”  Percentages designate the subset of the total responses that were “Somewhat satisfied” or “Very satisfied.” N = 1,426 – 1,497 for terminal master’s students; N = 1,170 – 1,188 for doctoral students. All comparisons were statistically significant according to z-tests of two proportions. 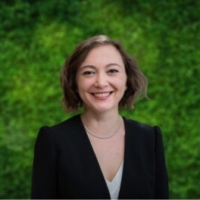 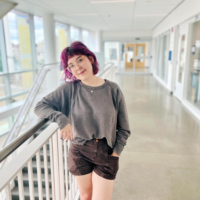 CRA-E’s Undergraduate Research Highlights: Why am I seeing this ad? User experience...
Scroll to top
We use cookies to understand how you use our site and to improve your experience. By continuing to use our site, you accept our use of cookies.Accept Read More
Disclaimer
Privacy Overview