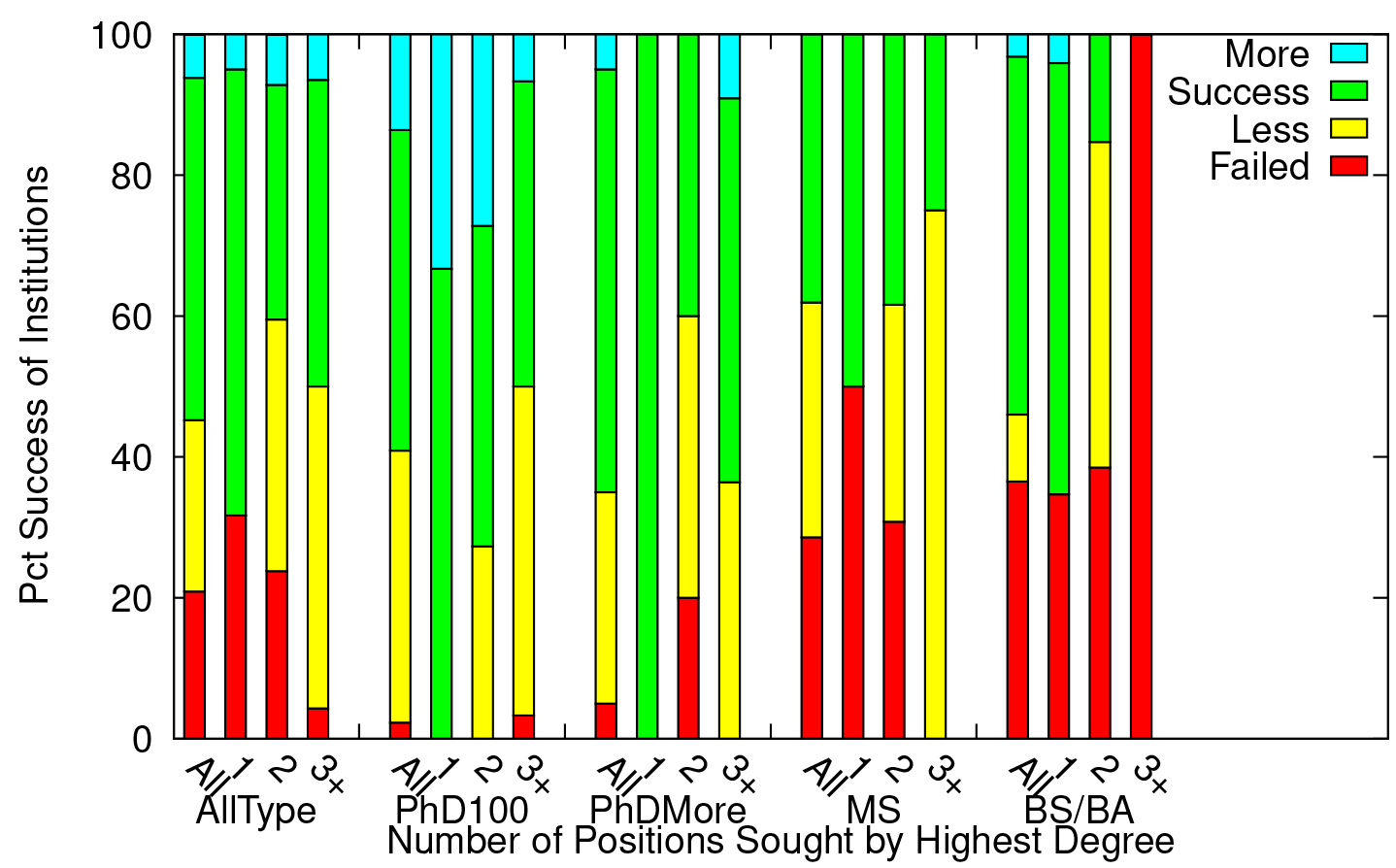 Reported results on the previous position for hired faculty show that three types of such positions continue to be most prevalent.  31% of hired faculty start with a newly-earned PhD, 24% were previously in a tenured or tenure-track position at another institution, and 23% were previously in a post-doc/researcher position.  The newly-earned PhD results are higher than results from a similar study in 2019 and the post-doc results are lower indicating more hires of new faculty with less experience.

Survey respondents reported on the number of hires in each of 16 clustered areas.  The clustered area of AI, Data Mining and Machine Learning (AI/DM/ML) accounted for 26% of the filled positions (comparable to 2019).  Security accounted for the next most with 15% of the filled positions (similar to 15% in 2019) while Systems/Networking (8%), Theory/Algorithms (6%) and Data Science (6%) were the next areas in terms of filled positions.  Further clustering of results for the AI/DM/ML, Databases and Data Sciences areas finds that 35% of hires were “Data Oriented,” which is up from 33% in 2019. 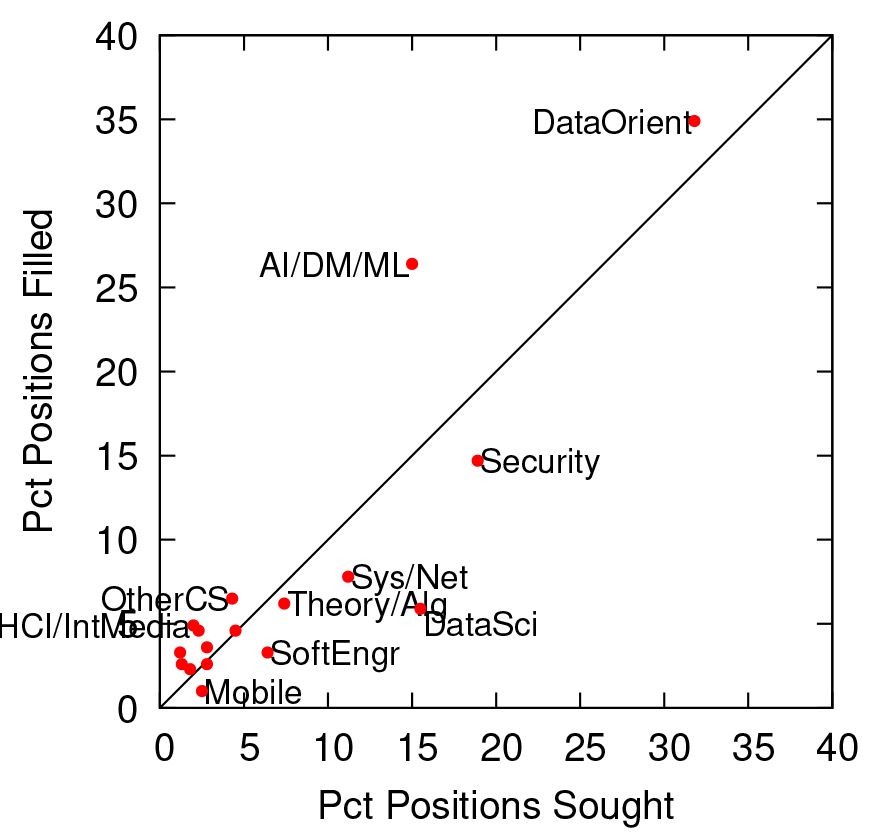 View the full report at: https://web.cs.wpi.edu/~cew/papers/outcomes22.pdf 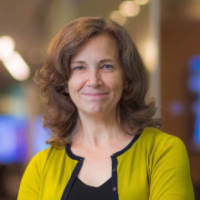 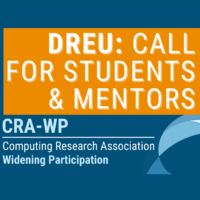 CRA-WP 2023 Distributed Research Experience for Undergraduates (DREU) –...
Scroll to top
We use cookies to understand how you use our site and to improve your experience. By continuing to use our site, you accept our use of cookies.Accept Read More
Disclaimer
Privacy Overview