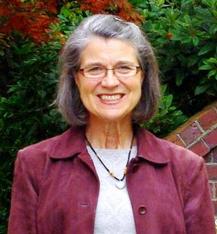 Recently, Susan Eggers, a professor at the University of Washington’s Paul G. Allen School of Computer Science & Engineering, received the 2018 ACM-IEEE-CS Eckert-Mauchly Award, “for outstanding contributions to simultaneous multithreaded processor architectures and multiprocessor sharing and coherency.” This is a significant milestone in computer architecture because she is the first woman to receive the award in its 39-year history. Eggers has inspired several women to stay in the field and has served as a mentor at many CRA-W Career Mentoring Workshops.

She accepted the award at the ACM/IEEE International Symposium on Computer Architecture (ISCA) and delivered a moving acceptance speech.

“To the award committee – I’d like to thank you for breaking another professional glass ceiling. In my view, there are numerous women who could be standing here, it just happens to be me. In my opinion, the important event is that the technical work of a female architect has been recognized. I hope it continues. Thank you to all six of those barrier breakers for making a little history in our field.”

She specifically recognized the efforts of five women who are making the field more open, diverse, and inclusive: Kathryn McKinley, Margaret Martonosi, Kim Hazelwood, Natalie Enright Jerger, and Sarita Adve. Four of these outstanding leaders mentioned are current or former CRA board members and all have participated in CRA-W activities.

Eggars concluded her speech by sharing advice for the younger generation, particularly to the women in the audience:

We encourage you to take a few moments to watch this stellar acceptance speech!