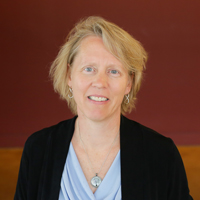 The Computing Research Association (CRA) today announced Dr. Tracy Camp will become the organization’s fourth Executive Director in its 50 year history. Camp is the former Department Head of Computer Science at Colorado School of Mines (Mines). She brings to the role strong experience as a leader in the computing research community at the national level, a history spearheading diversity, equity and inclusion initiatives in computing, and a detailed vision for leading the organization into the future. She will assume the role on July 1, 2022.

As Executive Director, Camp will seek to build upon CRA’s existing leadership role in the computing research community and work to help the community pursue bold research visions, practice and advocate for socially responsible computing research, encourage the participation of diverse populations in research, and continue to make the case for strong federal support of science and technology.

“We are excited to bring on board someone of Tracy’s exceptional caliber,” said CRA Board Chair Nancy Amato. “She is a proven leader with an impressive breadth and depth of experience and accomplishment, both nationally and at her institution. As the Founding CS Department Head at Mines, she oversaw a major expansion of the faculty and student enrollments, while simultaneously increasing diversity.”

“Tracy possesses a broad and inclusive view of computing, a deep understanding of the funding mechanisms and reward structures that affect computing research, and excellent management capabilities and experience,” Amato continued. “She is the ideal leader for CRA’s next phase and I could not be more thrilled she said ‘yes’ to this role.”

Camp has previous experience with CRA having served for many years in various volunteer capacities. She is a current board member of the CRA Committee on Widening Participation in Computing Research, where she served as co-chair from 2011 to 2014. Camp was also an influential member of the CRA Board of Directors from 2012 to 2016. She led the committee that produced the 2017 report Generation CS: CS Undergraduate Enrollments Surge Since 2006.

“I’m extremely excited to become the next CRA Executive Director, following in the footsteps of three impressive former CRA leaders,” said Camp. “Several major issues exist in the computing research world today, which has created many opportunities for positive transformative change. I look forward to working with CRA’s exceptional staff, board members, and broader community for the benefit of computing research and society at large.”

In her new role, Camp will lead an organization with strong ties to other leading organizations in computing. Leaders in those organizations today expressed support for her appointment.

My congratulations go out to Tracy on her new role as CRA Executive Director. I look forward to collaborating with her to further extend the work of both of our organizations in bringing an ever more diverse community together in the computing professions. – Melissa Russell, Executive Director, IEEE-Computer Society

On behalf of USENIX, we are thrilled to learn of Tracy Camp’s appointment as CRA’s Executive Director. Dr. Camp is an incredibly distinguished leader in our field with an exceptional record of service and innovation–often in combination with one another. Her particular dedication to increasing representation in computing will serve CRA particularly well in its next chapter. – Casey Henderson, Executive Director, USENIX

I’m very excited to hear that Dr. Tracy Camp is joining the CRA as the new Executive Director. AAAI and CRA have worked well together on our many shared interests. We look forward to further collaborations in these exciting times for AI and computing in general.  – Bart Selman, President, AAAI

We at ACM are delighted that Tracy Camp will be joining CRA as Executive Director. Through the years, Tracy has shown her commitment to the research community, serving in leadership roles for many of the leading conferences and journals in her field. She has also worked tirelessly to broaden the participation of women in computing through her involvement with CRA-W, ACM-W and NCWIT. Tracy’s appointment is certainly in keeping with the tenor of the times, and we look forward to working with her in her new role. – Vicki Hanson, CEO and Executive Director, ACM

SIAM is excited to welcome Dr. Camp as the new executive director of CRA!  We look forward to her leadership as we work together to advance computing research and make positive impacts on our society. – Suzanne L. Weekes, Executive Director, Society for Industrial and Applied Mathematics

As Canada’s voice of Computer Science, CS-Can|Info-Can looks forward to working with Tracy Camp in her new role as Executive Director of CRA. Dr. Camp’s success in increasing the participation of women and students from under-represented groups majoring in Computer Science and her impressive and influential research track record will serve CRA well in its mission to represent the computing research community and to effect change that benefits both computing research and society at large. – Adele Newton, Executive Director, CSCan-InfoCan

Camp joins CRA from Colorado School of Mines, where she has been a member of the faculty since 1998, and department head of Computer Science at Mines since 2016. Camp’s research interests are in wireless networking. She is most known for improving the credibility of wireless networking simulation studies. More than 4,000 researchers in 88 countries/regions have downloaded at least one of the twelve software packages developed by her research group (as of June 2021) and her research articles have been cited 14,794 times (per Google Scholar, as of June 2021).

Camp has received over 20 grants from the National Science Foundation, including a prestigious CAREER award. In total, her projects have received over $20 million dollars in external funding.

Camp is an ACM Fellow, an IEEE Fellow, and an ACM Distinguished Lecturer. She was a Fulbright Scholar in New Zealand in 2006, and a Distinguished Visitor at the University of Bonn in Germany in 2010. She earned her B.A. in mathematics at Kalamazoo College, M.S. in computer science from Michigan State University, and Ph.D. in computer science from the College of William and Mary.