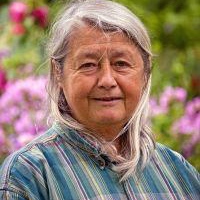 CRA recently selected CRA-W board member Maria Gini as the recipient of the 2019 A. Nico Habermann Award. The award is given to a person who has made outstanding contributions aimed at increasing the numbers and/or successes of underrepresented members in the computing research community.

Gini is a professor of computer science at the University of Minnesota. She is an outspoken advocate of diversity in computing. Throughout her career, she has worked tirelessly to recruit and retain students from underrepresented groups in computing at the local, national, and international level. Gini is a respected and prolific researcher in the areas of intelligent agents, multi-agent systems, and robotics, and has been named a Fellow of both AAAI and IEEE. In addition to graduating 34 Ph.D. students and nearly 100 Master’s students, and mentoring dozens of undergraduate researchers, Gini has used her visibility and prominence to make the field more welcoming for everyone. She has spoken at numerous venues about the importance of diversity in computing and the need to create a culture that embraces it.