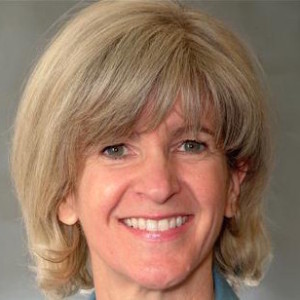 As CRA-W celebrates Women’s History Month, we decided to highlight a CRA-W board member who is a leader in the field of compilers and computer architecture – Kathryn McKinley. As both an academic (University of Texas at Austin) and industry employee (Microsoft), Kathryn has had the opportunity to broaden participation in computing across our community by spearheading programs that increase the number and success of women and underrepresented groups.

The theme of the 2016 Women’s History Month is to honor women who have shaped America’s history and future through their public service and government leadership. Kathryn shared with us what inspired her passion for computer science and how she believes policy will shape the future for our community.

Question 1: What first sparked your interest in computer science?

I (Kathryn) knew I liked math and problem solving and thought I should be an electrical engineer in college, but then my first programming class changed my life.  I took the introductory programming class in 1981 at Rice University taught in Pascal by Michael Pearlman. We were the last class at Rice to program using typed cards instead of directly on the computer!  I loved data structures. I loved that instead of solving math problems on paper and not knowing if your answer was right, the computer printed out results.  You could figure out on your own if your solutions were correct, and you could experiment with different approaches to solving a problem.  The next spark came when I worked as an undergraduate summer researcher with professors Don Johnson and Bart Sinclair on simulating local area networks.  I showed the disk was still the bottleneck, which was a big surprise at the time. The professors poured over my code to make sure it was correct, and I realized that there were all these questions; no one knew the answers, and I could figure out some of them. This experience inspired me to earn a Ph.D. in computer science at Rice.

Question 2: How do you believe policy shapes the future of computer science?

Education, science, funding, and social policies have a profound effect on how technology evolves and the computing workforce.   Two substantial examples pop to mind.

First, I want to discuss the connection between educational policy and the workforce and the economy.  Computer science is a relatively young discipline and educational policies evolve slowly, if at all. Therefore, many K-12 school districts and Universities do not include computer science as a discipline that all students should learn about or even classify it as a science in some cases! Consequently, many students know nothing about computing and never consider it as a career.  As a result, the U.S. Bureau of Labor and Statistics shows an enormous and growing gap between the demand for computer science professionals in the U.S. workforce and the woefully inadequate number of students who are equipped to fill these jobs.  Furthermore, (1) these jobs are prime jobs — well paying with many outlets for creativity; and (2) these jobs are critical to sustaining and stimulating the U.S. economy.

The second example I want to discuss is U.S. policy for funding research and its critical role in the innovation and economic virtuous cycle.  In the 1950s, the U.S. created and then increased its funding of science over several decades, substantially out investing the rest of the world. The payoff was the best research universities in the world, that attracted and trained the best researchers in the world. In computing, these researchers went on to found and populate U.S. technology companies (e.g., Intel, IBM, Microsoft, Apple, Amazon, Google, etc.) that are among the most innovative and profitable in the world. This virtuous cycle of research investment and economic payoff made the U.S the leading worldwide economy and the most technologically advanced military.  Unfortunately, investment in basic science, which companies can never sustain, has declined in real dollars over the last 20 years and the consequences will play out over the next 20 years as other countries invest more in research unless the U.S. changes course.

We would like to thank Kathryn for taking the time to share her thoughts with us. Join us as we continue to celebrate women’s history month.