This article is published in the September 2011 issue.

A National Partnership to Advance U.S. Leadership in Robotics

In a speech on U.S. innovation and competitiveness at Carnegie Mellon University in late June1, President Obama announced a new initiative with investments up to $50 million for major advances in next-generation robotics, called the National Robotics Initiative (NRI; www.nsf.gov/NRI). The National Science Foundation’s (NSF) Directorate for Computer and Information Science and Engineering (CISE), together with the Directorates for Engineering; Education and Human Resources; and Social, Behavioral, and Economic Sciences, will play a leading role in this cross-agency program that also includes the National Aeronautics and Space Administration (NASA), the National Institutes of Health (NIH), and the U.S. Department of Agriculture (USDA).

The goal of the NRI is to accelerate the development and use of co-robots, robotic systems and devices that work cooperatively as partners with, or beside, people. Examples include the co-worker in manufacturing, the co-defender in civilian and military venues, and the co-inhabitant assistant in the home of an elder living independently. The science of developing co-robots will require pushing beyond state-of-the-art robotics. The NRI not only will invest in the fundamental research necessary for next-generation robotics, but will also advance the capability and usability of such systems and artifacts and will encourage existing and new research communities to focus on innovative application areas.

The social, behavioral, and economic sciences are essential in addressing the most important and challenging problems in producing human-assisting robots. Research to better understand the symbiotic relationship between humans and machines is required to optimize the workforce productivity gains envisioned with the use of co-robots.

The computing community played a critical role in contributing to the formulation of this initiative through its work on two key reports. The first, A Roadmap for U.S. Robotics – From Internet to Robotics2, was developed by more than 100 experts from industry and academia as part of the Computing Community Consortium’s (CCC) visioning exercise on robotics3. The second report released by the President’s Council of Advisors on Science and Technology (PCAST), Designing a Digital Future: Federally Funded Research and Development in Networking and Information Technology4, predicts that the impact of R&D in robotics will have dramatic benefit to productivity and sustainable economic growth. Continued involvement from the computing community will help make the NRI a reality.

The collaboration of multiple federal agencies will allow the initiative to play a catalytic role in the development of smart technologies that enhance America’s productivity and worker safety across multiple sectors. Working together, the NSF, NASA, NIH, and USDA will create the next-generation operational systems in areas such as advanced manufacturing; civil and environmental infrastructure protection; healthcare and rehabilitation; military and homeland security; space and undersea exploration; food production, processing, and distribution; assistive devices for improving independence and quality of life; and safer driving. The potential long-term impact of the NRI is enhanced by the contributions of these four agencies, which support science, engineering, and technology across many sectors and disciplines.

Cooperation among academic, industry, and non-profit organizations will be key to achieve successful linkages between fundamental science and development, deployment, and use of next generation robots. The computing community has already demonstrated great success in innovating for society by forging these collaborations. As the President noted in his June announcement, “Throughout our history, our greatest breakthroughs have often come from partnerships just like this one… We ended up with some of the world-changing innovations that fueled our growth and prosperity, and created countless jobs—the mobile phone, the Internet, GPS—because we were able to, in strategic ways, bring people together and make critical investments.”

Participation in the NRI is one way for the community to actualize the potential of computing suggested by PCAST—to support advances in computing as a key driver of economic competiveness, achieve major national and global priorities in multiple sectors, and accelerate the pace of discovery in nearly all other science and engineering fields. It will also demonstrate the ability of computing to solve national challenges to promote more transformative opportunities for the future.

We invite you to participate in this exciting new community-driven cross-agency program led by the CISE Directorate of NSF!

Farnam Jahanian is the Assistant Director for Computer and Information Science and Engineering at the National Science Foundation. 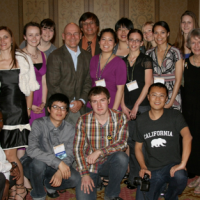 Computing Researchers Take to the Hill as Congress Debates Science Budgets
Scroll to top
We use cookies to understand how you use our site and to improve your experience. By continuing to use our site, you accept our use of cookies.Accept Read More
Disclaimer
Privacy Overview