This article is published in the September 2012 issue. 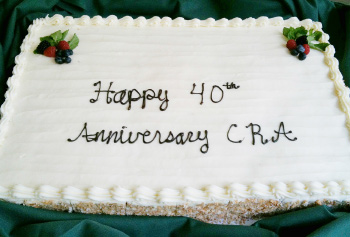 CRA celebrated the 40th anniversary of its founding in July with the 20th instance of its biennial Chairs Conference at Snowbird. The two-day conference, held at the Snowbird Ski and Summer Resort in Little Cottonwood Canyon, Utah, is an opportunity for the leadership of the North American computing research community to gather and discuss issues of importance to the community. 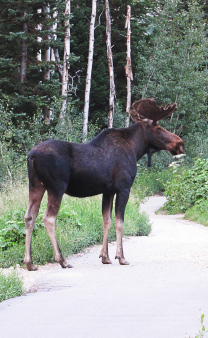 High on the list of topics discussed at this year’s conference was the emergence of “MOOC’s” – Massively Open Online Courses – epitomized by the online courses offered by Stanford, MIT, and others that attract enrollments over 100,000 and the move to capitalize on such courses with the establishment of partnerships like Coursera and efforts like Udacity. Stanford University President John Hennessey catalyzed much of the discussion on the issue with a controversial opening night keynote address in which he claimed that the rise of MOOCs would likely decrease the need for faculty at universities, and that the number of research universities in the U.S. had probably reached its peak. Research institutions, according to Hennessey, are just too expensive to survive in large numbers given the new economy MOOCs will likely drive.

The topic was also the subject of a Monday morning plenary, as Google’s Peter Norvig, who taught a particularly massive MOOC on Artificial Intelligence with Sebastian Thrun, and Salman Khan, who founded the popular Khan Academy, both shared their experiences navigating in the space. Both emphasized the potential they saw in online education to allow techniques that could dramatically improve learning at scale – including the possibility of providing the sort of private tutoring that has been shown to improve student performance by “two-sigma” over standard lecture-based instruction.

Conference attendees also heard from Farnam Jahanian, head of the National Science Foundation’s Computer and Information Science and Engineering directorate on why computer science is well-positioned to address national priorities; from John Kleinberg of Cornell, on the convergence of social and technological networks; on fascinating new research directions from Shwetak Patel of the University of Washington an electricity and water sensing technologies and Daphne Koller from Stanford, on data-driven medicine; from Jeffrey Dean at Google, on the evolution and future directions of large-scale systems at Google; from CRA’s Peter Harsha on computing research and science policy; and a whole lot more. The conference agenda is posted online and contains links to each presenters slides. 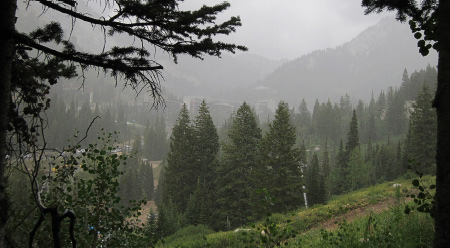 In addition to all the talks, Monday afternoon was devoted to a number of activities designed to allow participants a chance to get to know each other and spend some time on the mountain (if they desired). CRA sponsored three guide-led hikes of various exertion levels up the mountain or to the Albion Basin for wildflower viewing. Despite a sudden rain shower, conference attendees were near universal in their praise for the activities, so expect them to be a fixture at future Snowbird conferences. And mark your calendars for the 21st biennial conference, which will take place in July 20-22 2014, in the same beautiful location.