This article is published in the November 2012 issue. 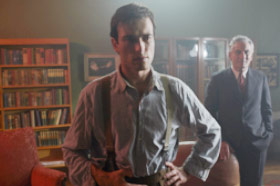 The new drama documentary film CODEBREAKER tells the remarkable and tragic story of one of the 20th century’s most important people – Alan Turing. He set in motion the computer age and his World War II codebreaking helped turn the tide of the Second World War.  Executive Producer Patrick Sammon screened the film at CRA’s July conference in Snowbird, Utah to great interest and acclaim, and we are sure that others will enjoy it as well. Watch the trailer.

Instead of receiving accolades, Turing faced terrible persecution. In 1952, the British Government forced him to undergo chemical castration as punishment for his homosexuality.  In despair, Turing committed suicide at only 41 years old.

Documentary elements seamlessly interconnect with drama scenes in CODEBREAKER to offer a three dimensional picture of Turing, his accomplishments, his tragic end, and his lasting legacy.

This fall, CODEBREAKER is being released in the United States in select cities. It premiered in Washington, DC on October 17, New York City on October 25, San Francisco on November 1, and Detroit on November 7. On November 8, the movie was released in Seattle, Los Angeles, Philadelphia, St. Louis, Fort Lauderdale, and several other cities. Executive Producer Patrick Sammon also screened the film at CRA’s July conference in Snowbird, Utah. Additional screenings in other cities are being planned in the weeks and months ahead. Find more details about the theatrical release plan for CODEBREAKERat www.todpix.com. 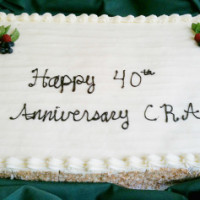 CCC Launches “Computing Research in Action”
Scroll to top
We use cookies to understand how you use our site and to improve your experience. By continuing to use our site, you accept our use of cookies.Accept Read More
Disclaimer
Privacy Overview